Home » News » Waverley Underpass to Open to Traffic on August 19

Waverley Underpass to Open to Traffic on August 19 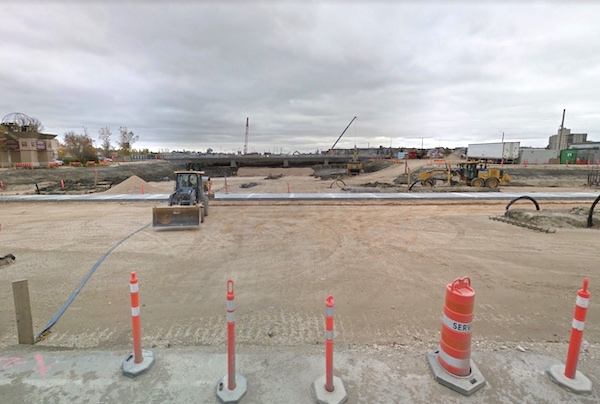 Construction of the Waverley Underpass continues in this October 2018 photo. (GOOGLE STREET VIEW)

After years of construction and irked motorists having to wait for trains to pass, the Waverley Underpass is set to open to traffic on August 19.

Dignitaries from all three levels of government came together Tuesday for a ceremonial ribbon-cutting at the site, located just south of Taylor Avenue and the CN tracks.

The $98 million project will open ahead of schedule and under budget, at what was originally pegged at $155 million.

The city says once the underpass is open to motorists, roadway work in the area will still be required to remove the detour road and reconstruct a portion of the Taylor Avenue intersection.

Along with the opening, the project also includes the reconstruction and rehabilitation of Waverley Street as well as the widening of Taylor Avenue between Waverley Street and Lindsay Street to four lanes.

The federal and provincial governments contributed up to $29 million for the underpass, while CN is also contributing $9.5 million to the city’s remaining share of the project.

Art installation and landscaping are expected to be completed in spring 2020.

Approximately 30,000 vehicles will travel through the underpass daily.

A growing city needs to move people safely and efficiently! Honoured to announce today the Waverley Underpass will open August 19. More than a month ahead of time, and under budget by nearly $57M. Learn more>> https://t.co/OPJ2moLyeK pic.twitter.com/0Do25h47vG