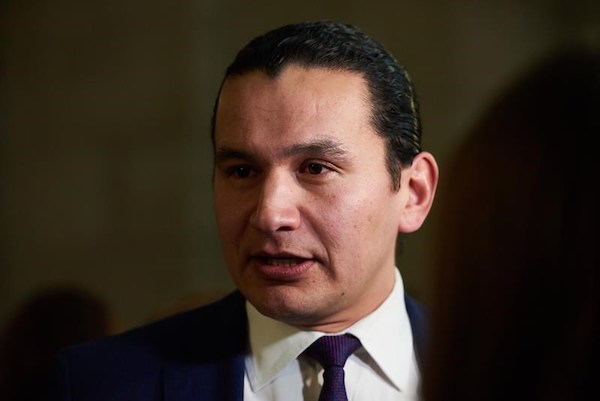 Kinew, flanked by candidates and supporters at St. Vital Park Wednesday, launched his campaign during a rally with just over a month to go until election day.

“Manitobans are telling me they are worried health care won’t be there when their family needs it,” said Kinew.

“They are worried their kids won’t get careers that allow them to build a future here in Manitoba. And they are feeling the pinch because Brian Pallister has made their lives more expensive.”

The Pallister government has recently converted and closed some emergency rooms in the province in the name of cost-cutting efficiently and to reduce patient wait times.

Kinew says he would re-open emergency departments at the Seven Oaks and Concordia hospitals in Winnipeg, but not the Victoria General Hospital in the south end of the city.

The NDP has 54 candidates nominated to date, with two more nominations scheduled for Thursday. The party will also reveal its fully costed election platform tomorrow.

Pallister will make his own announcement today at 2 p.m. in south Winnipeg.