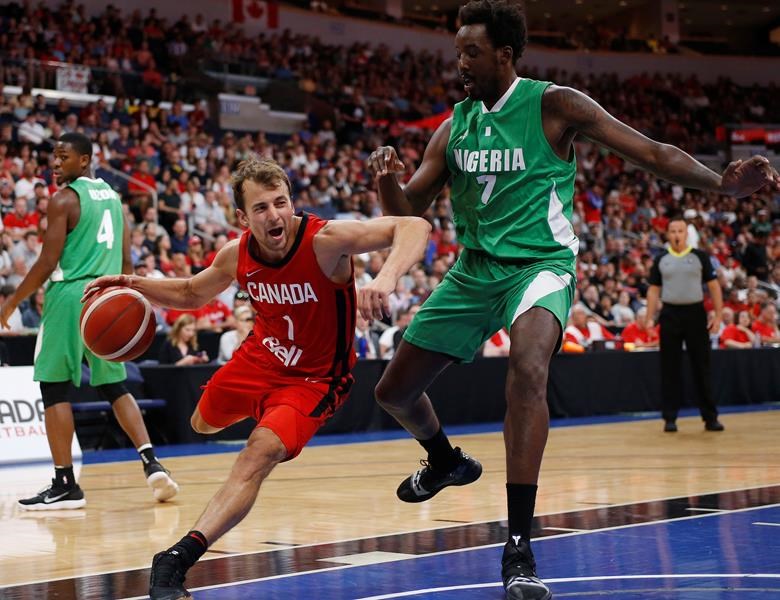 Canada’s Kevin Pangos (1) blasts past Nigeria’s Al-Farouq Aminu (7) on his way to the net during the first half of their exhibition game in Winnipeg, Friday, August 9, 2019. (THE CANADIAN PRESS/John Woods) 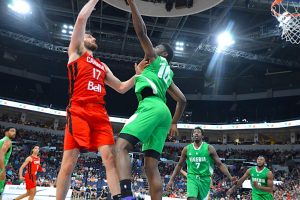 WINNIPEG — The warmup for Canada’s senior men’s basketball team continued in Winnipeg on Friday, as they hosted Nigeria for an exhibition game in front of 7,000 fans at Bell MTS Place — their last matchup in Canada before the FIBA Basketball World Cup begins in China on September 1.

Despite their best efforts, though, it was clear the red and white are still in the early stages of developing team chemistry. Canada scored just three points in the last 5:24 of the game, going 1-for-12 and were unable to bridge a four-point gap. The home team eventually lost to Nigeria, 90-81.

“We’ve got to get to work a little bit on our late-game offence,” said Canada head coach Nick Nurse, who recently won an NBA title as the bench boss of the Toronto Raptors. “We see a lot of switching, they’re going to challenge us in the post after switching, and we’re going to be sharper. I thought we did a pretty good job, even if it didn’t feel like it.” 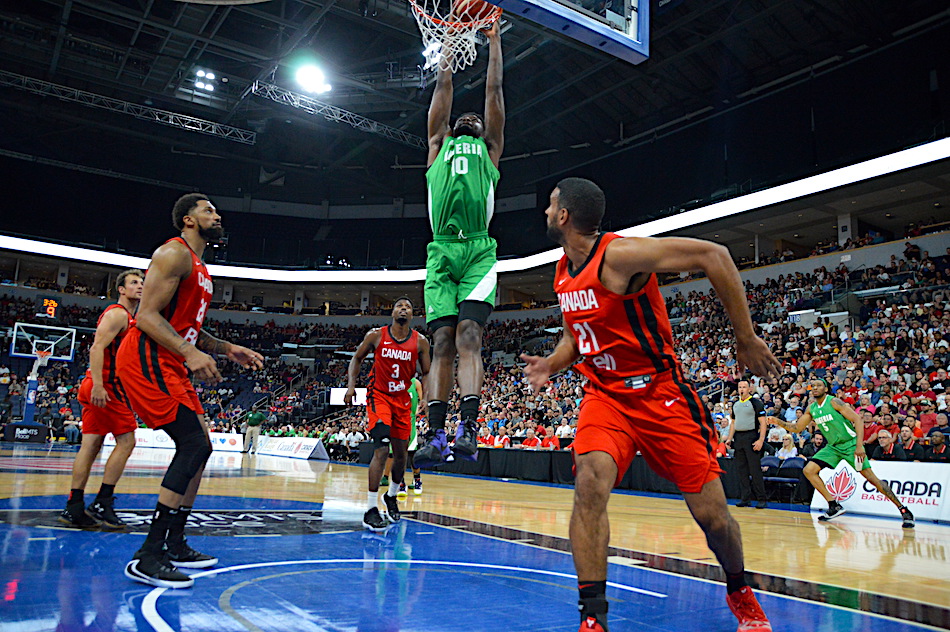 Chimezie Metu of Team Nigeria lays down a slam dunk during the first half of Friday’s FIBA exhibition game against Team Canada on Friday night in Winnipeg. (DAVE BAXTER / CHRISD.CA)

Part of the culprit was Canada missing shots, but Nigeria also presented a deadly defence in the second half, holding the hosts to just 32 points after 49 in the first half. The long, athletic Nigeria team consistently went with lineups that could switch all positions, presenting size all over the court.

“That just takes your screen and roll and your [dribble handoff] game away a little bit,” said Nurse. “We need to play more of a spacing and cutting game.”

Buffalo native Jordan Nwora led the winners in scoring, dropping 23 points on 7-for-10 shooting, including 3-3 from long range. Overall, Team Nigeria was deadly from the perimeter, shooting 50 per cent (12-for-24) compared to 38 per cent (12-for-31) from Canada.

“We missed some easy shots and I think once we play a bit more together, we’ll make those,” said Richmond, B.C. native Phil Scrubb, who had ten points for Canada. “Again, right now it’s about learning and trying to get better.” 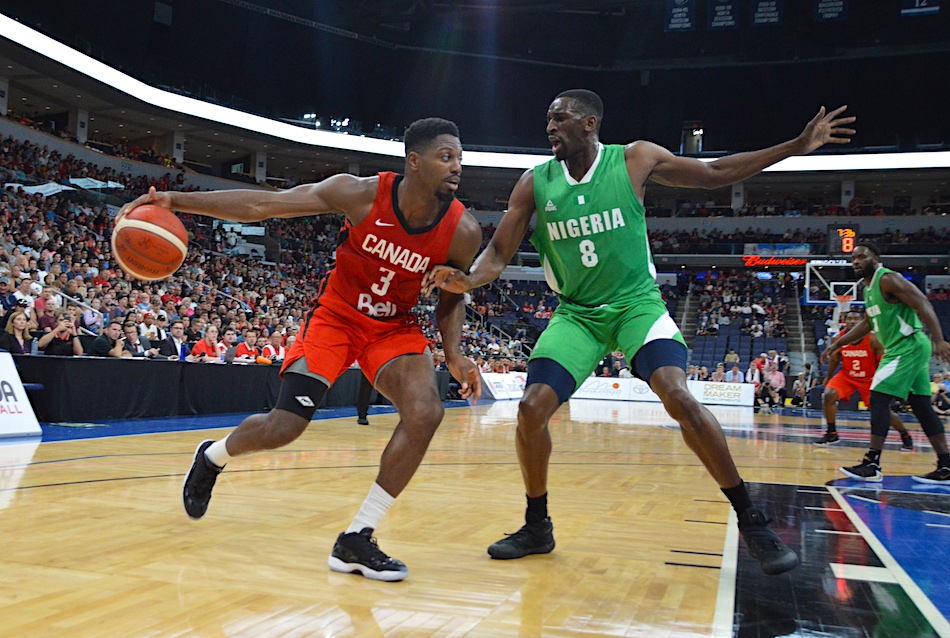 Team Canada’s Melvin Ejim drives to the hoop while being defended by Team Nigeria’s Expe Udoh during the first half of Friday’s FIBA exhibition game between Team Canada and Team Nigeria in Winnipeg. (DAVE BAXTER / CHRISD.CA)

Cory Joseph led scoring for Canada, finishing with 11 points, six rebounds, and six assists; the former Toronto Raptors guard and current member of the Sacramento Kings was behind the three points scored by Canada late, nearly willing his team to overtake Nigeria. Both Joseph and Nurse got a warm welcome from Winnipeg’s basketball faithful, recognizing their time spent with the Raptors. 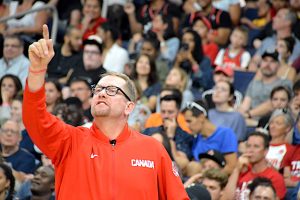 It was Nwora, though, who had the backbreaking shot with 45 seconds left — making a three-pointer against the shot clock from the corner to put Nigeria up 85-81. Nwora, just 20 years old, will play for the Louisville Cardinals in the NCAA after this summer.