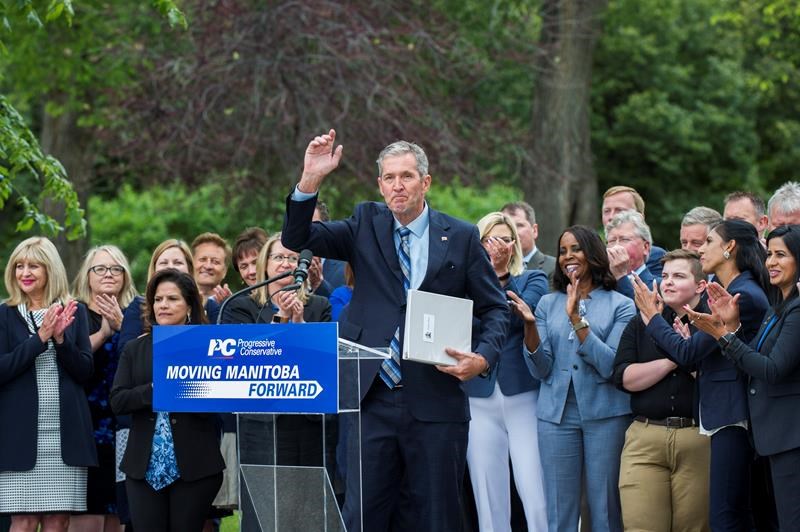 WINNIPEG — Manitoba’s Progressive Conservatives promised more money for health care on the campaign trail Wednesday, focusing on a file that one political analyst says is the incumbent party’s weak spot.

Tory Leader Brian Pallister said if his party is re-elected Sept. 10, the province’s $6.5 billion health-care budget will receive an additional $2 billion, spread out over four years. The increase is needed, Pallister said.

“Because our population is aging. Because the demands in Manitoba for health-care services are going up, not down,” Pallister said.

About $90 million of the money would be used to build a new emergency department at the St. Boniface Hospital, which is the province’s main cardiac centre.

The board chairwoman of the Winnipeg Regional Health Authority, which oversees St. Boniface and other hospitals, welcomed the promise.

“A new (emergency department) is badly needed. We’ve needed one for 20 years. It’s a great day for Manitobans,” said Karen Dunlop, who was appointed by the Tory government in 2016.

Pallister’s promise follows months of controversy over changes at several Winnipeg hospitals. Three emergency departments have been downgraded to urgent care centres, which do not deal with life-threatening issues such as heart attacks.

The changes were recommended by an outside consultant and are aimed at streamlining the system so emergency rooms are concentrated in hospitals with specialist services to support them. The reforms have left some city residents facing longer travel times to get to an emergency room and have put more demands on St. Boniface and other centres that have maintained their ERs.

In recent months there have been public protests, supported by the opposition, demanding the changes be reversed.

“I think the health-care file is the one that (the Tories) are most vulnerable on in terms of opposition party attacks on their record,” Paul Thomas, a retired University of Manitoba political studies professor, said Wednesday.

“So this is intended to be part of a defensive strategy, to limit any damage that might be done.”

Liberal Leader Dougald Lamont said the spending promise cannot be believed, because the Tories have spent less than they have budgeted since taking office in 2016. Overall health-care spending even decreased at one point, between the 2016-17 and 2017-18 fiscal years.

“The reality is that the PCs have promised more and more every year, only to deliver cuts and freezes, and there is no reason to believe that will change,” Lamont said in a written statement.

“I’ve been hearing from Manitobans who tell me that when you have a loved one who is sick, when you have a child who is in hospital, the last thing you want to worry about is a parking ticket or about paying for parking,” Kinew said.

Subsidizing the free parking would cost the province about $3 million annually, he said.