Home » News » Escaped Prisoner on the Run in Dauphin Area

Escaped Prisoner on the Run in Dauphin Area 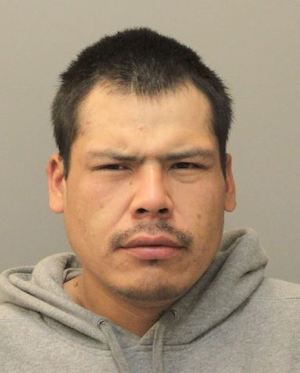 RCMP in Dauphin, Manitoba are on the hunt for an escaped prisoner after he was able to break away from Manitoba Corrections officers on Wednesday night.

Dustin Joseph Racette, 34, was being treated at the Dauphin hospital when he allegedly assaulted the officers accompanying him and ran away at approximately 11:40 p.m.

Officers searched the area but couldn’t locate Racette, who they believe may have been picked up in a nearby waiting vehicle.

The 34-year-old man is described as 5’9”, 210 pounds, with brown hair and brown eyes. He was last seen wearing grey sweat pants and a grey sweatshirt.

A warrant for his arrest has been issued. He has been charged with escaping lawful custody, assault with a weapon, and assaulting a police officer with a weapon.

Police advise anyone who spots Racette to not approach him, as he “may become violent.”