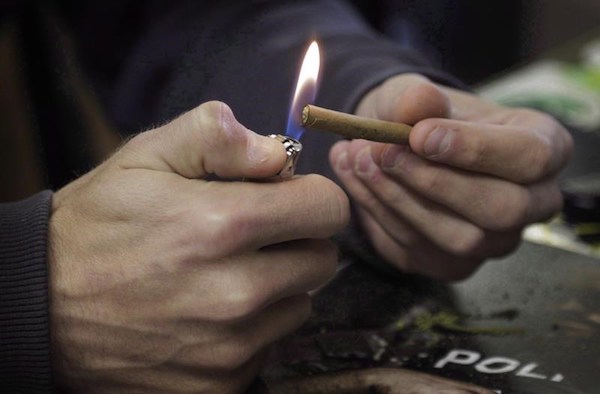 A man lights a marijuana cigarette at on April 25, 2017. (THE CANADIAN PRESS/Joe Mahoney)

OTTAWA — Statistics Canada says Canadian men are almost twice as likely to use pot as women.

New data from the National Cannabis Survey today shows 16 per cent of Canadians over 15 years old report using pot in April, May or June.

That’s down slightly from 17.5 per cent in the first three months of the year.

About four in 10 marijuana users say they bought pot illegally.