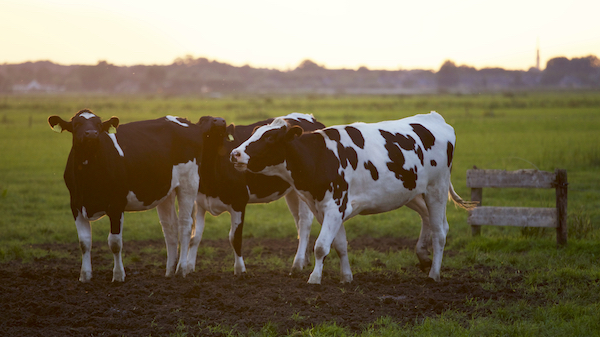 Government funding that could have been a win-win, for Manitoba farmers and the environment, won’t have nearly the impact it could have had.

Program details show that close to half of the province’s farmers have been shut out of funding for the establishment of cover crops, as funding aimed to help them undertake this beneficial management practice have explicitly shut out cattle producers. Of the province’s 15,000 farms, 6,500 have cattle and the Province is worried the funding could be used as a feed subsidy.

Ag Action Manitoba is a five-year program funded by the provincial and federal governments. It will invest $176 million in Manitoba’s agriculture and agri-food sector. Much of the funding aimed at farmers will help them engage in beneficial management practices, which are those that help with resource efficiency planning, soil improvement and greenhouse gas reduction, manure and livestock management, drainage water management and hazardous products management.

One such practice is the establishment of cover crops. The Ag Action Manitoba program guide explains that cover crops protect soil, air and water, by capturing nutrients, reducing soil erosion and runoff, increasing water uptake and sequestering carbon. Ag Action will cover 25 percent of the costs, up to $10,000, to seed winter cover crops; relay crops (a crop planted into another standing crop); green fallow crops and biennial green manures; and cover crop mixtures for grazing. To increase diversity, the cover crop mixture must have a minimum of three species with varying growth habits and be chosen to target the risk being mitigated, such as erosion protection or water uptake.

The program’s administrators recognize the benefits of grazing cover crops, which include helping to convert crop residue into organic matter and mimicking the natural ecosystem. Research, supported by the Manitoba Beef Producers and Manitoba Forage and Grassland Association, has shown the benefits of a management plan that uses cover crop grazing.

Despite this, the program is explicitly only available to “stockless” farmers. Not because the Province doesn’t want the cover crop grazed, but because they don’t want the funding to be used as, or seen as, a feed subsidy.

I can understand why the province is concerned about mixed farmers using cover crop funding as a feed subsidy, but even stockless farmers can make money off the program— there’s nothing stopping a farmer from obtaining the subsidy and then charging their neighbour to graze the cover crop. This too would result in an unfair situation, but it’s allowed. While I understand that Manitoba Agriculture is understaffed and enforcement across the department is an ongoing issue, surely there are ways to make this funding available to all farmers who want to improve their operations. There are already potential restrictions in place, such as possibly requiring farmers to direct seed their following crop into the cover crop stand, and additional ones could be added to ensure the cover crop is used for its environmental purpose first and as a feed source second.

On a year such as this one, where livestock feed is in short supply, the province will probably end up providing some form of feed assistance to farmers. Last year, the federal and provincial governments funded the Canada-Manitoba Forage Shortfall and Transportation Assistance program, which provided assistance of 16 cents per tonne, per loaded kilometre for the transportation of forage and feed and up to eight cents, per head, per loaded kilometre for the transport of breeding livestock and their unweaned calves to feed.

I understand that we need fairness, but we also need common sense. Cattle producers care about improving their land and creating programs that aren’t open to them based solely on the fact that they have cattle just doesn’t seem fair.