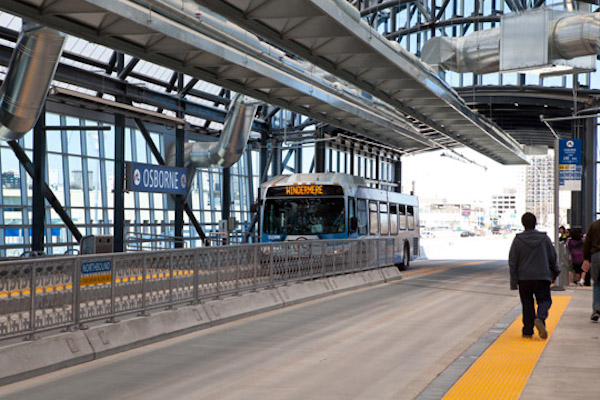 The city has rejected the latest offer made by the union representing Winnipeg Transit employees and remains at an impasse in negotiations.

The two parties are still $68 million apart and the city has asked the Amalgamated Transit Union, Local 1505 (ATU) to come back with a counterproposal.

Three main sticking points are driving a wedge between the two parties in reaching a new contract agreement.

The union has asked for a general wage increase for its members. ATU is also looking for a five-minute mandatory recovery time at the end of each trip for bus operators.

On the five-minute mandatory recovery proposal, the city says that would throw off scheduling throughout the transit system, including to buses that are already running late.

“This would also mean that buses would sit idle for five minutes no matter how late the bus may be running, or how many passengers are on the bus. Therefore, in order to maintain current levels of service, the city would need to add additional operators and buses to keep the service moving, and the city has estimated this cost based on maintaining the same level of bus service that Transit provides today,” a statement said.

“The ATU remains in a legal strike position, and the previous collective agreement is officially terminated. We fully expect ATU to initiate strike action in the fall when it is most inconvenient to Transit passengers,” city concluded.

In response, ATU president Aleem Chaudhary said, “The city has made it clear with their latest aggression that they would rather threaten workers and riders than fix the mess at Winnipeg Transit and work in good faith, sit down with the ATU, and solve these issues. As the city has repeatedly ignored concerns with scheduling, we are left to understand that the city simply doesn’t care about bus riders. If you’re a transit rider, you need to know that your bus operators care about the reliability for the service that they provide, that Winnipeg Transit doesn’t. We are dumbfounded that the city would rather vilify their own employees rather than improve a basic service that serves so many in Winnipeg.”