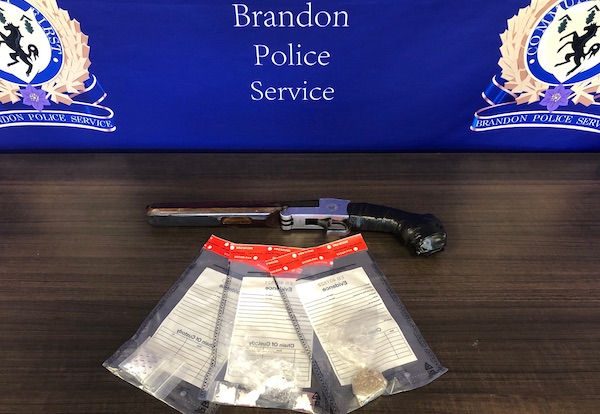 Brandon police seized drugs and a sawed-off shotgun from a woman on Thursday evening. (BPS / HANDOUT)

A 28-year-old woman was arrested Thursday in Brandon after police say she was in possession of meth, cocaine, and psilocybin (mushrooms).

The woman was the subject of a traffic stop in the 900 block of Princess Avenue at around 5:30 p.m.

Officers found approximately $1,000 worth of drugs in her vehicle. A search warrant was later executed at her home in the 200 block of 1st Street, where a sawed-off 20-gauge shotgun and ammunition were found, as well as evidence of drug trafficking.

The woman faces weapons and drug charges. She appeared in Brandon court on Friday morning.