Looking Beyond Our Shopping Choices: Jackman-Atkinson 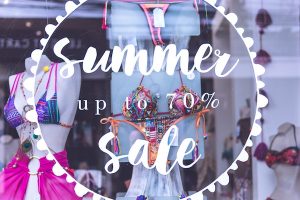 A single consumer has little power, but consumers as a collective wield great power. Each day, individuals spend their money and in doing so, face choices. Sometimes, we don’t have much of a choice — if you want to purchase power, you must do so from Manitoba Hydro. But most of the time, we do.

Every day, customers decide which businesses they want to support and often, their decisions are based on a variety of hard factors, such as selection, convenience and price. But customers also make decisions based on their values: does the business support the things I care about? It can be choosing to support a local business because they sponsor or donate to organizations in your community, or it could be because a large company supports something you value, for example, sourcing agricultural products from Canada.

By now, most people are pretty familiar with the important role small businesses play in the local economy. I can tell you with 100 percent certainty that Amazon isn’t supporting the construction of your local hall or sponsoring local fairs and festivals. Local businesses are and for many, this factors into their spending decisions.

Numerous studies have documented the multiplier effect, that is, the amount of spin-off to the local economy for each dollar spent. For many consumers, keeping money in the local economy is important and figures show that between 13 and 65 percent of each dollar spent at a local business stays in that economy. The exact number is dependant on factors such as the type of business — retail or food services — and the type of ownership (franchise or independent). Regardless, for many customers, keeping some portion of their money within the local economy is important and helps guide their spending decisions.

That doesn’t mean that customers are only interested in the issues local to their communities or that large businesses can’t have an impact on small towns. Multinational chains can also support issues about which customers care. McDonald’s, for example, has partnered with Canadian cattle producers to source sustainable meat and also works with more than 100 Canadian suppliers. For many rural residents, where the agricultural sector is an important part of the local economy, this focus, which is also a large part of the company’s advertising, matters. It’s also a contrast to other chains, which have faced backlash from farmers over advertising that’s misleading in its message that Canadian products aren’t as safe or healthy as those from elsewhere.

There are many examples of customer feedback (or pressure) changing how a company does business. From changes in aspects such as how products are presented, purchased or consumed, to actual changes in the product itself, including formulation, the origin of source materials or the labour used to make it, customers want to feel good about how they spend their money.

Customers have more power than they think because, at the end of the day, they are crucial to a company’s success. Next time you open your wallet, remember that. Remember that each dollar helps build or tear down a community, each dollar tells a business what you as a consumer value, and what you don’t. Sometimes, as customers, we don’t have options, but oftentimes, we do.