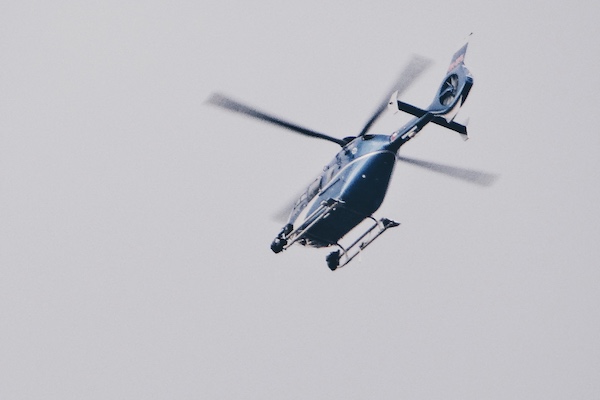 PENTICTON, B.C. — RCMP east of Vancouver were involved in a cross-border drug bust this summer that involved nearly 300 kilograms of meth, more than 100 guns and an aerial chase between a police plane and a helicopter.

Details of the bust are in paperwork filed at the Penticton Law Courts to support multiple search warrants for a property near Chilliwack, B.C., where a helicopter at the centre of the chase is alleged to have landed with an RCMP plane on its tail.

Documents filed on behalf of the RCMP Federal Serious and Organized Crime Section in Osoyoos say the office was alerted in early June by U.S. Homeland Security about a planned cross-border drug deal involving nearly 200 kilograms of methamphetamine.

U.S. officials staked out a landing site in Washington state about 110 kilometres south of Princeton, B.C., where they believed the drugs would be transferred to Canadian buyers. Something spooked the pilot of the helicopter, and it fled north into Canadian airspace.

Two men who tried to leave the landing site in Washington were arrested by U.S. agents who seized 188 kilograms of methamphetamine.

In Canadian skies, an RCMP plane was patrolling near Princeton hoping to intercept the unmarked, black helicopter. Mounties spotted it in a shadowy landing site on a remote mountainside in E.C. Manning Provincial Park.

The helicopter lifted off and headed west.

The chase was on.

“The helicopter took deliberate evasive action, attempting to lose surveillance,” the documents say. “The helicopter flew at very low altitudes, near the tops of trees and up narrow draws. It repeatedly changed direction, and made rapid ascents up towards the mountains.

The dogfight continued for 45 minutes, the documents say. On two occasions, the chopper pilot tried to lure the RCMP aircraft to a lower altitude and then rapidly ascended, in a vain effort to shake the pursuers.

The helicopter eventually landed at a rural property near Chilliwack.

RCMP have not said if anyone has been charged and referred a request for comment to Homeland Security.

“This sizable amount is indicative of the possible involvement of a large and sophisticated smuggling organization,” she said in a statement.

“Due to the ongoing investigation and law enforcement sensitivities, we are unable to provide further comment at this time.”

Authorities believe the pilot was one of two men arrested at the Chilliwack-area property.