Driver Wanted After Woman Falls Off Truck, Dies in Hospital 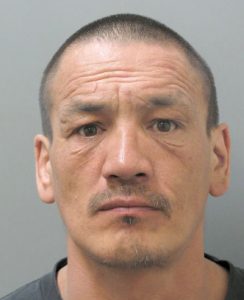 Thompson RCMP are looking for the driver of a pickup truck after a woman riding on top of its cab fell off and died.

Police say two women were seated on top of the truck’s cab August 4 when the vehicle drove over some rough terrain in the community of Brochet. One of the women fell off and was transported to a Winnipeg hospital with life-threatening injuries.

The 28-year-old died on August 25 from her injuries sustained in the fall.

John Stanley Halkett, 41, from Brochet has been charged with numerous offences, including impaired driving causing death and dangerous operation of a motor vehicle causing death.

Halkett is wanted by RCMP and is believed to have fled the community. He may currently be in Lynn Lake, Manitoba or Kinosao, Saskatchewan.