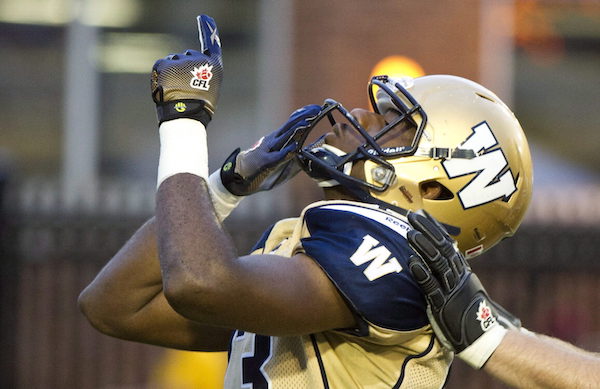 Matthews, 29, signed a new three-year deal with the football club in May.

The Long Beach native previously held stints with Winnipeg in 2012 and 2013.

Matthews made headlines earlier this year for battling injuries both on and off the field. In July, Matthews was stabbed at a downtown Winnipeg restaurant, but wasn’t seriously hurt.