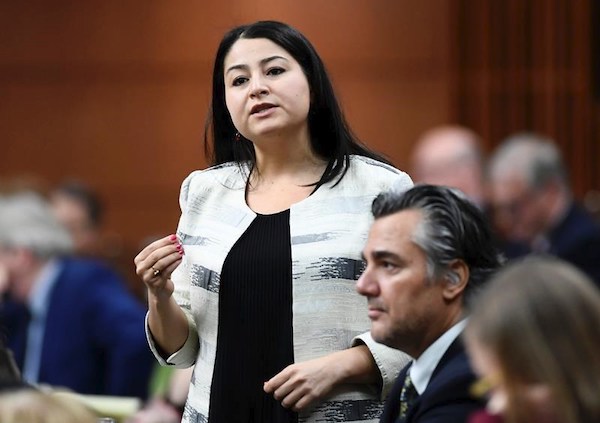 Minister for Women and Gender Equality and Minister of International Development Maryam Monsef rises during Question Period in Ottawa on Friday, April 5, 2019. (THE CANADIAN PRESS/Justin Tang)

OTTAWA — The Liberal government is committing up to $1.5 million to help colleges and universities get better at dealing with sexual violence on campus.

Maryam Monsef, the minister for women and gender equality, says the money is to be spent over two years to fill gaps in resources that post-secondary institutions need to tackle the problem.

Earlier this year, Monsef asked an advisory committee to develop national standards to hold universities and colleges to account when it comes to addressing gender-based violence.

Student groups welcomed the effort but said those promises should be backed up by the resources and oversight needed to make them work.

The Liberal government committed $5.5 million over five years towards the initiative in the 2018 federal budget, which also came with a threat.

The budget said that beginning this year, the federal government would consider holding back funding from institutions that are not putting “best practices addressing sexual assaults on campus” into place.