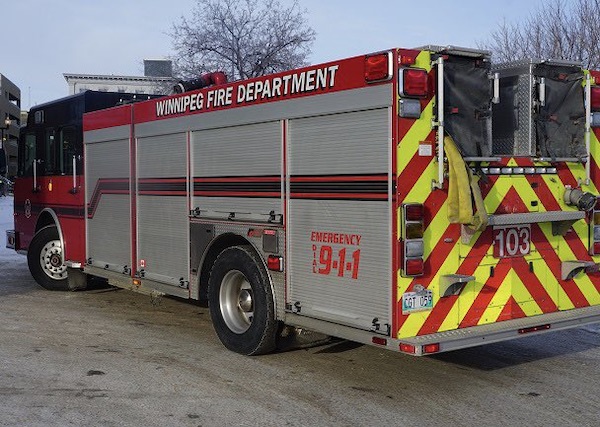 Winnipeg firefighters rescued two kittens while fighting a blaze in the 600 block of Pritchard Avenue on Wednesday night.

The animals were found inside a one and a half storey vacant home just before 8 p.m. Flames spread to the neighbouring home, which was also vacant.

Crews launched a defensive attack until it was safe enough to enter both structures and control the flames from inside.

No injuries were reported and the cause of the fire remains under investigation. A damage estimate wasn’t immediately available.