Making Sport Safe for All: Jackman-Atkinson 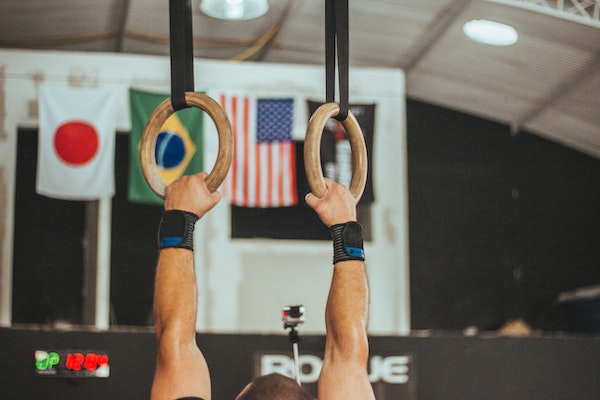 In the wake of the Larry Nassar and USA Gymnastics scandal, the United States Congress created the U.S. Centre for SafeSport. The euphemistically named organization investigates allegations of abuse in sport, though mostly, it focuses on the sexual abuse of minors.

The organization isn’t associated with any one sport and is funded by the U.S. Olympic Committee (USOC). While it has faced some criticism (it’s too closely tied to the USOC) it’s underfunded and its caseworkers overworked — it has one important characteristic. It’s independent of any one sports organization.

Regardless of the sport, history has proven these organizations to be incapable of protecting young athletes from predators. Every sport has their Nassar, Graham James or Jerry Sandusky. Earlier this month, the equestrian community was rocked, or at least some were, by the lifetime ban of George Morris. One of the most revered figures in North America, he was banned following a SafeSport investigation into sexual misconduct involving a minor. The incidents that were initially investigated took place close to 50 years ago.

The reaction from some within the community shows why an arms-length organization is vital. Investigations undertaken by SafeSport are conducted by former FBI and special victims investigators. They aren’t athletes, coaches or board members investigating their friend or mentor. Reports indicate that SafeSport spent two years investigating the allegations against Morris before issuing the ban, the most serious penalty available, which he can appeal. An arms-length organization doesn’t care about personal connections or someone’s stature within their respective sport.

Some high profile members of the horse community, who know Morris personally, have defended his actions, saying, “It was a different time”. No one close to him has denied the events happened and rumours have swirled for years. Yet, “I Stand with George” Facebook pages have popped up, with powerful people within the industry deriding SafeSport for its lack of transparency and unilateral ability to issue punishments. In other words, for its ability to protect victims from backlash from a powerful perpetrator and their supporters, and remain unswayed by someone’s stature. These two key factors are essential in creating an organization that will truly protect victims.

No such third party organization exists in Canada, despite the desire of athletes. This April, Canadian Olympians, Paralympians and high-performance athletes met in Toronto to talk about abuse within the Canadian sporting community and what can be done to better protect athletes. The meeting came on the heels of a CBC investigation that found that in the last 20 years, 222 coaches involved in amateur sport in Canada had been convicted of sexual offences. These convictions involved more than 600 victims under the age of 18. Given the fact that many victims never come forward and the dismal rate of convictions for those that do, this is the tip of the iceberg.

Sport creates the perfect storm for abuse, beginning with the power structure. Parents and children with stars in their eyes are dependant upon coaches or support staff who hold the power to make or break a sporting dream. Canada is a large country and high-performance athletes frequently have to train and compete far from home, creating opportunities for abuse that don’t exist in many other facets of life. Sports organizations are desperate to avoid bad publicity, loss of sponsorship or the loss of an important (winning) coach. From the start, the game is rigged against reporting and investigating.

In Toronto, Canadian athletes called for exactly what’s in place in the US– an independent body that would oversee all aspects of safe sport. Most importantly, they want an organization that takes power away from individual sports organizations and the powerful perpetrators of abuse the current system protects. Maybe then, we can truly have safe sport.