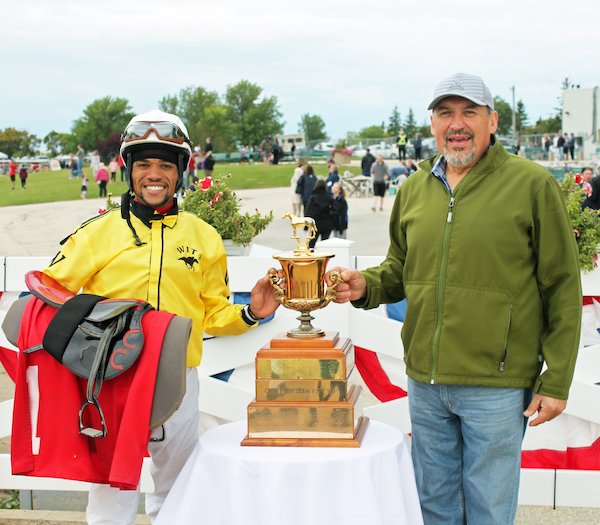 WINNIPEG — Henry Witt’s Deep Explorer was too much horse on Monday afternoon.

The six-year-old Kentucky-bred gelding got out of the gate nicely, sat in behind Langara for most of the race and then, on the final turn, waved the entire field good-bye to win the 62nd running of the Manitoba Gold Cup by seven lengths.

It was one of the most impressive wins of the summer at Assiniboia Downs as jockey Chavion Chow asked for just a little more at the top of the stretch and got every bit of it to destroy a field of the best older horses on the grounds in a true test over one mile and one eighth.

“Deep Explorer became the dominant older horse this year once they stretched out the distances,” said Downs CEO Darren Dunn after the race. “Having to compete in a couple of sprint events early hid his true talent. And when you consider the depth of talent in that division, that horse and trainer Jerry Gourneau deserve a lot of praise.”

He’s had four wins in 12 starts this year at Sam Houston, Lone Star, Fonner Park and Assiniboia Downs this year and has now won $204,556 in his career ($62,668 this year alone). The last three months have been outstanding thanks to the brilliance of 2018 ASD Trainers’ champion Jerry Gourneau. This year Gourneau has won 36 races at the Downs and has finished in the money in 117 of his 233 starts.

It was a tremendous Labour Day Monday at ASD. The huge Downs parking lot was packed and the crowds lined up at the betting windows making it a test to get your wager down by the opening of the gate. With only four days of live racing remaining this year, Winnipeggers wanted a piece of the action on Deep Explorer. The winner went off at 4-1 and paid $10.80 to win, $6.10 to place and $3.80 to show. Telling You Twice with Ronald Ali in the irons finished second and paid $12.00 to place and $5.70 to show. Gem Alta was third and paid $3.80 to show.

“It was really satisfying to see yet another large crowd join us today.,” said Dunn. “This can be a fickle weekend when folks are preparing their kids for school or trying to squeeze in another shot to the lake. Words can’t describe my appreciation that so many thought to join us today.”

There are only three days of live racing remaining this season and there will be four Stakes races on the final weekend of the 50-day meet: On Friday night it’s the $30,000 Manitoba Matron for older mares. On Saturday, it’s $25,000 J.W. Sifton Stakes for three-year-olds. And on Sunday, it’s the $25,000 Buffalo Stakes and the $30,000 Winnipeg Futurity for the best two-year-olds of the 2018 campaign.

As well, the jockey and trainer champions will be crowned. Five-time trainers’ champ Tom Gardipy Jr. has a four-win lead over Juan Pablo Silva while Richard Mairs has a lock on the jockey title. He won five times this past weekend and now leads defending champion Antonio Whitehall 48 wins to 41.

Friday and Saturday night racing starts at 7:30, with the first post on Sunday slated for 1:30 p.m.