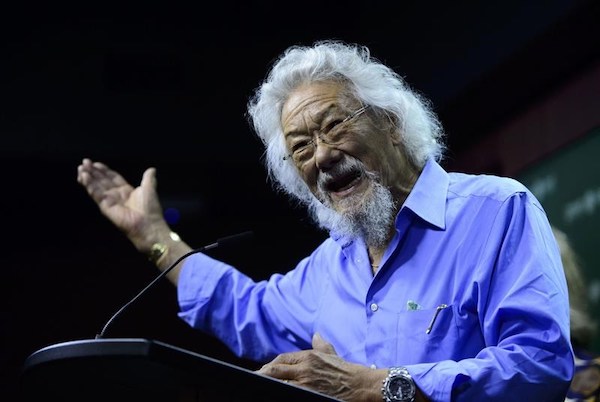 OTTAWA — Two leading Canadian activists say voters need to think about climate change as if we are country at war against greenhouse-gas emissions.

David Suzuki and Stephen Lewis plan a series of climate-change election rallies aimed at encouraging young people to stand up and speak out.

Suzuki is a longtime environmentalist and Lewis is a former Ontario NDP leader and Canadian ambassador to the United Nations.

The pair jokingly say they are “silverbacks,” likening themselves to aged gorillas hoping to convince young voters that their future is on the line if they don’t insist that any party hoping to form the next government make cutting emissions its top priority.

Some environment leaders say they don’t know where to plant their support in an election where neither of the two leading parties have plans that would even hit Canada’s inadequate emissions-reductions targets.

Suzuki and Lewis say that with time running out to avert the worst effects of climate change, they aren’t doing this to back any particular party or platform but rather to make the election itself about the issue.