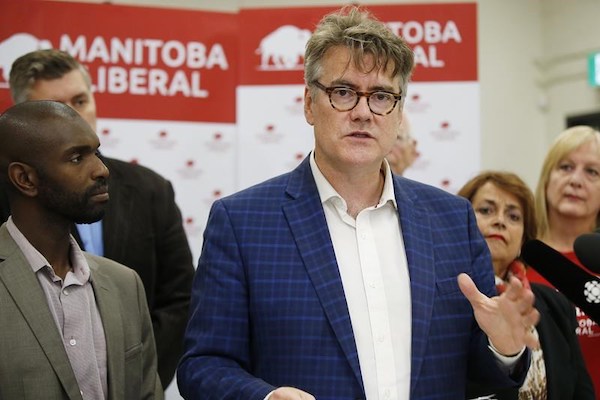 Manitoba Liberal Party Leader Dougald Lamont speaks during a press conference at a community centre in Winnipeg, Tuesday, Aug. 27, 2019. The Manitoba Liberals promise to fight to create a national pharmacare program if elected next week. (THE CANADIAN PRESS/John Woods)

WINNIPEG — The Manitoba Liberals are promising to fight for a national pharmacare program if they form government after Tuesday’s election.

Leader Dougald Lamont says Ottawa would shoulder the burden of costs and the Liberals would work with any federal government to bring it in.

He says there needs to be national leadership to make it happen, but provincial partners are required to make it work.

The Liberals estimate a national drug plan would save Manitobans more than $121 million each year and the average family about $350.

Lamont, who suggests Brian Pallister would not buy in to federal pharmacare, is calling on the Progressive Conservative leader to make his intentions clear.