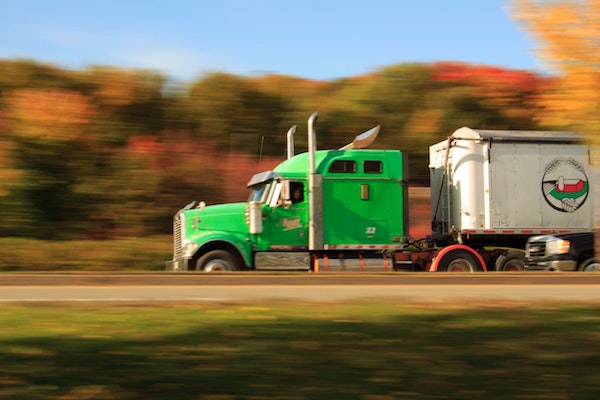 This week, we put out one of my favourite features, our National Trucking Week issue (page 21). The transportation industry is vital to our area, not just because it brings everything rural residents, their farms and businesses needs, but also because it’s a significant local employer.

Each year, we do an update on the industry and this year, the industry has a bit of a hiccup to work through — mandatory entry-level training (MELT).

At the end of March, the provincial government announced that anyone seeking to schedule a Class 1 road test after September 1 has to have completed a MELT course. MELT is 121.5 hours of standardized training, broken down into 40.5 hours in class, 40 hours in-yard and 41 hours in-cab. There are currently 11 training schools approved to offer the course. The majority are in Winnipeg, though a few operate in Brandon, Winkler, Steinbach and Portage la Prairie.

Across the country, there has been a push towards mandatory entry-level training, following a 2018 crash between a bus carrying members of the Humbolt Broncos hockey team and a semi. The driver of the semi, in his second week driving this type of truck by himself, went through a stop sign, causing the accident that killed 16 people. During his sentencing for 16 counts of dangerous driving causing death and 13 counts of dangerous driving causing bodily harm, the driver said he was distracted by the flapping tarp on his load of sod and didn’t see the stop sign, or preceding warning signs. It was the first time he had driven a tarped load and he had already stopped once to fix a portion that had come loose.

As potential Class 1 license holders rushed to apply under the old rules, MPI’s call centre was flooded and by early summer, there were no available Class 1 road test spaces before September. MPI reported that the volume of calls was up 300 percent.

Most occupations require some sort of mandatory education and training, including when people come to Canada with education and work experience in their home country. There’s no reason why driving a truck should be any different — not only are professional drivers hauling valuable cargo, as the largest vehicles on the road, an untrained driver presents a huge risk. Ensuring that everyone who wants to obtain a Class 1 license has a base level of training is important.

The problem seems to be in its implementation. The unprecedented demand for road tests over the summer has left many drivers sitting. The industry had only five months to prepare to meet expanded demand for training. The licensed training schools also offer the 244-hour Professional Truck Driving training and there is expected to be a backlog of people seeking MELT training spaces, as schools expand capacity to fill this new need. Keystone Agricultural Producers, which has been lobbying on behalf of the agricultural industry, wants to make sure the training schools make the less expensive and shorter MELT spaces available.

The key remaining question is just how accessible training will be, especially for rural residents and agricultural producers. For many Manitobans, training isn’t available close to home. The ag sector is still in discussions about how MELT will work with their industry — heavy trucks are an important part of most farms and agriculture is unique in that many of the drivers seeking to obtain a Class 1 license have experience driving farm equipment as large and complicated as a semi and trailer. For many who need a Class 1 as part of their job, but not as their job, to take three weeks off work, either on or off the farm, to travel to larger centre to complete training just might not be feasible.

It’s in no one’s interest to see inexperienced drivers on the road, but that doesn’t mean this change will be without some short-term challenges.