Canadian Officials Monitor Reports of Vaping-Linked Illnesses in the U.S.

By Allison Jones, The Canadian Press 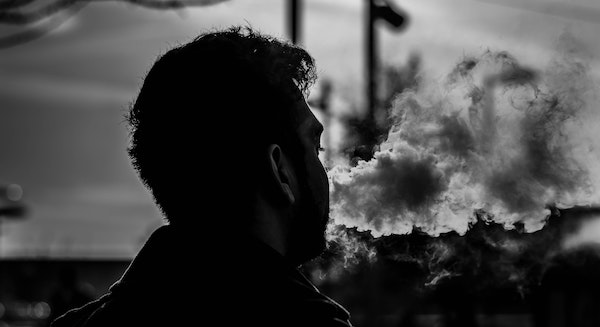 There have been at least 450 possible cases, including five deaths, identified in the U.S. this year and many said they had been vaping THC, the chemical that gives marijuana its high.

There have been no reports of the same sickness in Canada, but Health Canada issued a warning recently, urging people who vape to watch for symptoms such as a cough, shortness of breath and chest pain. It also said that health-care professionals should ask patients about their use of e-cigarette products if they have respiratory symptoms.

The Public Health Agency of Canada has asked provincial officials to report any possible incidents of pulmonary illness associated with vaping.

Alberta has started legally requiring health-care professionals in that province to report suspected cases under their public health act.

Dr. Deena Hinshaw, the province’s chief medical officer of health, said in light of the cases in the U.S. she is reinforcing a message that there a risks to vaping.

“Vaping is a relatively new technology that we don’t know what all the health implications might be and we’re adding to that message of course with the recent events in the States to remind people that vaping is not without risk,” she said.

“Young people, pregnant women and those who don’t use tobacco products should not vape and also that any vaping products that are bought on the illicit market or if people are altering their own vaping devices, that those kinds of things could increase the risk.”

In Ontario, Health Minister Christine Elliott is looking to bring experts together through informal roundtables to understand what is happening and look for potential solutions.

“We take this issue very seriously,” Elliott said in an interview. “This is a situation that appears to be growing, not abating…We are looking at what the situation is here in Ontario and what can and should be done.”

Vaping was also recently added as a new topic in Ontario’s health and physical education curriculum for elementary students. The risks are explored as part of the Grade 4 curriculum on substance use and addictions, but it is also listed as an example of behaviours that can be harmful to a person’s health in the curriculum starting in Grade 1.

Nova Scotia’s chief medical officer of health has said he is sending informal email inquiries to respiratory specialists and intensive care units at Nova Scotia hospitals to see if there are any similar cases to what is happening in the U.S.

British Columbia’s health ministry said it has been preparing a response to the issue, including education and awareness as part of a strategy to reduce the number of youth vaping in the province.

American officials have urged people to stop vaping until they can figure out the case of the mysterious illnesses. No single vaping device, liquid or ingredient has been tied to all the illnesses.

Symptoms have included shortness of breath, fatigue, chest pain and vomiting. Doctors say the illnesses resemble an inhalation injury, with the body apparently reacting to a caustic substance that someone breathed in.

The Centers for Disease Control in the U.S. said it doesn’t know if the illness is new or just newly recognized.

New York state has focused its investigation on an ingredient called Vitamin E acetate, which has been used to thicken marijuana vape juice but is considered dangerous if heated and inhaled. State investigators have found the substance in 13 cartridges collected from eight patients.