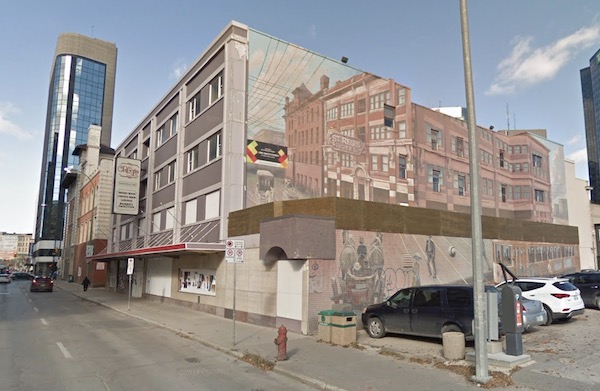 Winnipeg police are investigating a shooting that occurred less than a block away from their headquarters building overnight.

A police cadet was leaving HQ at around 1:10 a.m. Thursday when he heard gunshots fired to the north.

Police say the shooting occurred in the back lane behind the former St. Regis Hotel on Smith Street, where officers found evidence and determined that someone had been injured.

Approximately 30 minutes later, a man in his 20s reported to hospital with upper-body injuries believed to have been caused by the gunshot.

Further investigation found that a bullet had hit the Graham Avenue tower, which is connected to the HQ building.