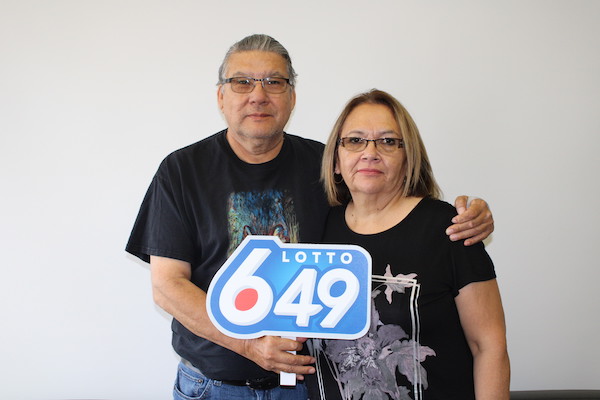 William Dumas discovered the windfall after checking his ticket the next day to the July 27 draw.

“I was on my way out of town and stopped to check the ticket,” he said in a release. “I didn’t know there was a winner in Manitoba, so I was extra surprised.”

The new winner told his wife, Margaret, but she didn’t initially believe him.

“I looked at the ticket and said, ‘You’re lying!’” said Margaret. “I needed another coffee before I could start to believe what he was telling me.”

The couple plans to pay off some bills with their winnings.

The winning ticket was purchased at Thompson Gas Bar Co-op Ltd. in Thompson. The couple shared the second-top prize with another ticket purchased somewhere in Quebec.