Home » The Canadian Press » B.C. Motorist Fined for Driving with Bowl in One Hand, Chopsticks in the Other

B.C. Motorist Fined for Driving with Bowl in One Hand, Chopsticks in the Other 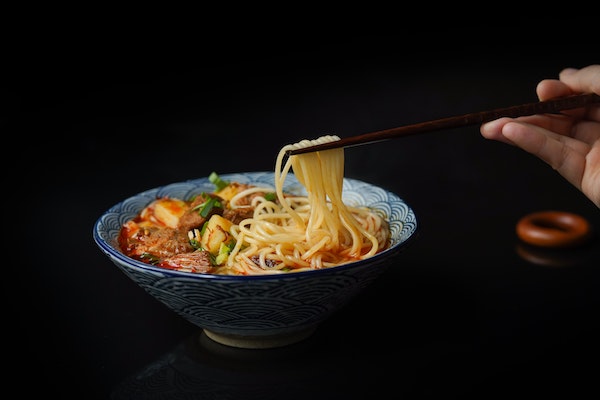 KELOWNA, B.C. — A provincial court judge has served up a searing decision to a driver in Kelowna, B.C., who was spotted eating with chopsticks in one hand and a bowl of spinach in the other.

The RCMP officer who flagged Jackson’s vehicle testified she was travelling at an estimated 60 km/h while “shovelling” food into her mouth with the chopsticks and not once did she place a hand on the wheel during the entire five to six seconds he observed.

However, Jackson testified she gave due care and attention to her driving because she was going “no more than 10 km/h over” and had three fingers of her left hand on the steering wheel while holding the bowl with her thumb and index finger.

Burgess rejected Jackson’s testimony as contradictory and criticizes her for the common misconception that 10 km/h over the limit is not speeding, noting the law says even one kilometre an hour over the limit is considered speeding.

Jackson was found guilty of driving without due care and attention and the judge declined to reduce her fine of $2,000 and six penalty points, although the average ticket for the offence is $368.

“Holding a bowl in one hand and using chopsticks in the other hand to eat while driving, even if three fingers of the hand holding the bowl were in contact with the steering wheel, is not giving one’s full attention to driving,” Burgess says in the ruling posted online.

His ruling says he didn’t find that all those who eat while operating a vehicle are operating without due care and attention.

“The risk was that Ms. Jackson was betting with her own safety and life and the safety and lives of other users or potential users of the road as she drove her vehicle while both of her hands were holding foreign objects not related to diving and eating at the same time.”

Jackson has been given until the end of October to pay the ticket.