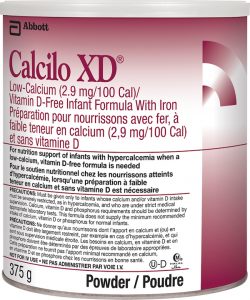 OTTAWA — The federal food safety watchdog says a batch of powdered baby formula has been recalled due to rancidity.

The Canadian Food Inspection Agency says there have been reported illnesses associated with the consumption of the product, which it notes was also off-colour.

Abbot Laboratories says it voluntarily recalled one lot of its Calcilo XD powder, which it notes is available in Canada by prescription only.

The agency says it’s conducting a food safety investigation, which could lead to other products being recalled.

The affected product has the batch number 79696K80 on the bottom of the can.