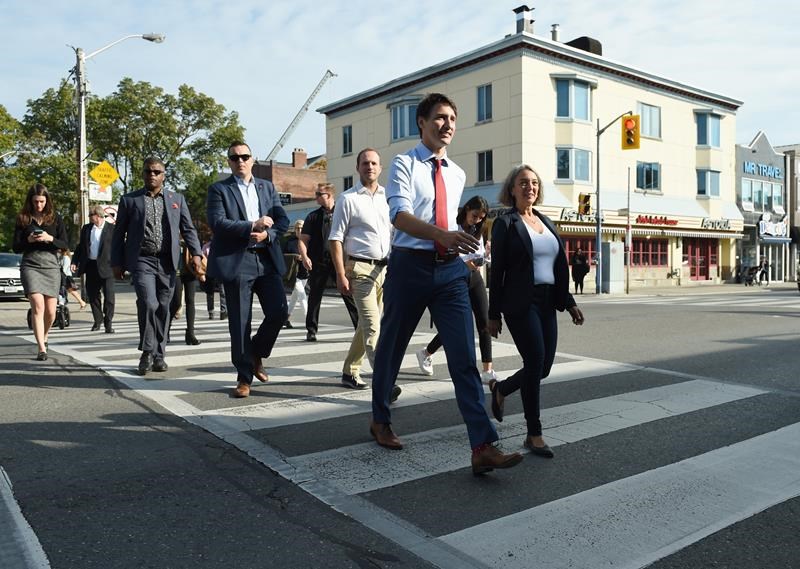 Liberal Leader Justin Trudeau crosses a street as he makes his way to make a policy announcement in Toronto on Friday, Sept. 20, 2019. (THE CANADIAN PRESS/Sean Kilpatrick)

OTTAWA — After a day off the campaign trail Saturday, Justin Trudeau and Andrew Scheer are on the road again today.

Trudeau is promising a new policy announcement in the middle of a residential subdivision in Brampton, Ont.

Scheer is spending much of the day in Prince Edward Island, where he’ll make a promise of his own in a park by the Northumberland Strait before heading on to St. John’s, N.L. for the night.

NDP Leader Jagmeet Singh is in and around Ottawa today, making an announcement this morning on his party’s climate-change policy.

Green Leader Elizabeth May campaigned on Saturday and doesn’t have big plans today other than a fundraiser in Victoria.

May was in Winnipeg yesterday to talk up her party’s plans to combat the opioid crisis by decriminalizing drug possession and improving social supports for people who use drugs.