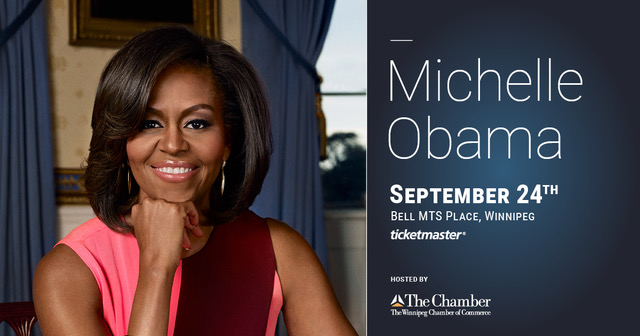 Obama is in Winnipeg for “A Conversation with Michelle Obama” at Bell MTS Place, hosted by the Winnipeg Chamber of Commerce.

The University of Winnipeg selected four high-achieving women to interact with Obama while she’s in the city.

Rachelle Kabuha, Courtney Bear, Beverly Tran and Sidney Leggett will all spend time with Obama during her time in Winnipeg.

“These young women have shown themselves to be leaders and have demonstrated a commitment to academic excellence. I think that Michelle Obama will enjoy meeting them and hearing about their future plans,” said Dr. Annette Trimbee, UWinnipeg president and vice-chancellor.