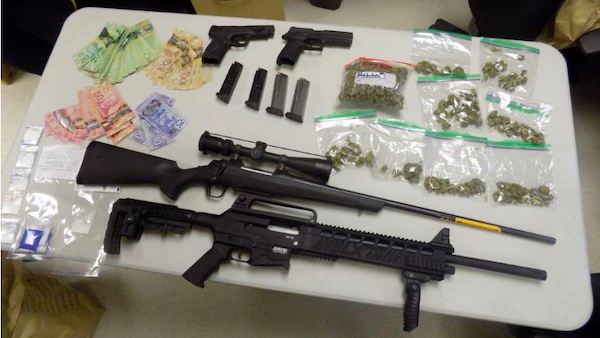 Items seized from a Peguis First Nation home after a search warrant was executed on September 20, 2019. (RCMP HANDOUT)

Manitoba RCMP are investigating after seizing a number of drugs and weapons from a home on Peguis First Nation.

Officers with the Fisher Branch detachment executed a search warrant on September 20, locating a large quantity of cash, approximately 48 grams of cocaine, 250 grams of cannabis, two handguns, one shotgun and one high powered rifle.

Four males and a female from Peguis First Nation were arrested. Charges are pending.