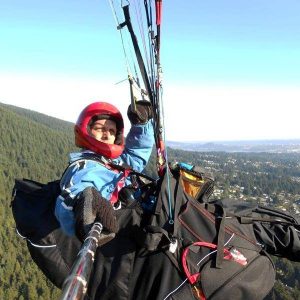 VANCOUVER — A Canadian man has died in a parachute accident in Tanzania, where he was taking part in an event where participants paraglide off the summit of Mount Kilimanjaro.

A tweet by Tanzania Parks, the agency that manages the African nation’s 16 national parks, says tourist Justin Kyllo, 51, died Saturday morning after an accident on the mountain at Stella Point.

Kyllo was the owner of Smoke and Bones BBQ, a restaurant and catering company in North Vancouver, B.C., which posted on Facebook earlier this month that Kyllo and his wife, Cheryl, would be taking part in the annual Wings Of Kilimanjaro charity event.

The event’s website says participants ascend Kilimanjaro’s 5,895-metre peak and paraglide back down in order to raise money for community projects in Tanzania.

A person who answered the phone at the restaurant Sunday said the family is asking for privacy and isn’t commenting right now.

Global Affairs Canada says in an email that consular officials are in contact with local authorities to gather additional information.