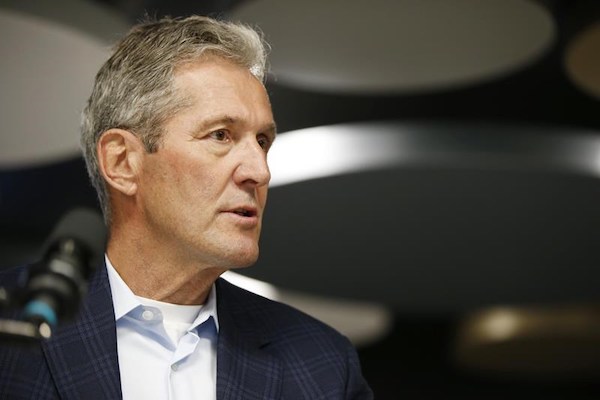 Manitoba PC leader and premier Brian Pallister speaks during a press conference in Winnipeg on August 26, 2019. THE CANADIAN PRESS/John Woods

WINNIPEG — Manitoba Premier Brian Pallister is hinting at a possible olive branch to public-sector unions, which are going to court to fight a government-mandated wage freeze.

Pallister’s Progressive Conservative government is to introduce amendments to the province’s wage-freeze bill in the legislature on Monday. He would not reveal details Friday, but said the changes will address at least some of the concerns expressed by unions.

“We’ve been listening, meeting with public-service representatives,” Pallister said. “These amendments … will illustrate very sincerely that we’ve heard some of the concerns that they’ve expressed.”

Pallister indicated the changes will not be likely to include the government backing off the wage freeze itself.

“The wage issue isn’t the only issue that we can (be) negotiating on and bargaining on, so I’ll just say that.”

The Tories passed a bill in 2017 that mandated a two-year wage freeze for public-sector workers as each new collective agreement was negotiated. That would be followed by a .75 per cent pay increase in the third year and one per cent in the fourth.

The bill has never been proclaimed into law, but public-sector unions said government negotiators were treating it as if it had been and were refusing to budge on wages.

More than a dozen unions representing 110,000 government workers, nurses, teachers and others across the public sector filed the court challenge in 2017. They argue the bill violates their charter right to collective bargaining.

The court case is to start next month.

“Manitoba’s public-sector workers deserve to have their rights respected, not undermined through heavy-handed legislation by the Pallister government,” federation president Kevin Rebeck said in a written statement.

“We continue to call on the government to repeal this unconstitutional law and begin meaningful public-sector bargaining.”

Another court battle is looming over public-sector pay.

The Manitoba Government and General Employees Union announced Friday it will ask a judge in the coming weeks to force the government into binding arbitration in contract talks governing 12,000 civil servants.

The workers have been without a contract since March, and the union said Finance Minister Scott Fielding has so far refused to appoint an arbitration panel that the union requested in June.

“In effect, the minister is denying your legal right to arbitration,” the union’s bargaining committee wrote in an email to members.

← Previous: WSO Encouraging Patrons to Use Smartphones to Further Engage in Concerts Next: Tache Man Killed After Being Struck by SUV on Highway 12 →
Tags: Brian Pallister | Conservative Party | Manitoba | Winnipeg