WSO Encouraging Patrons to Use Smartphones to Further Engage in Concerts 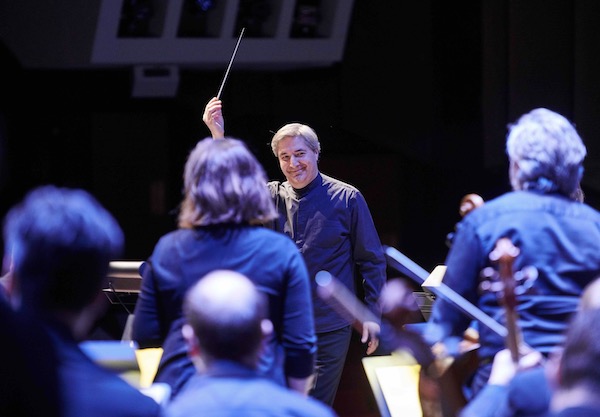 Usually, at concerts, patrons are kindly asked to turn off their cell phones.

That was before the Winnipeg Symphony Orchestra began experimenting with the EnCue app. The what? Don’t worry, keep reading.

The WSO is encouraging its patrons to use their smartphones at select performances during the 2019-20 season. The app delivers additional moderated content to concertgoers as the music unfolds from the stage.

Think of it as receiving extra value on the price of your concert ticket.

“With this app, we actually encourage our audiences to use their smartphones during the concert,” says Daniel Raiskin, the WSO’s music director.

“EnCue is a new level of live audience concert engagement and can play a part in bringing classical orchestral performances alive to broader audiences and give people new and innovative ways to enjoy, learn about, and share their concert experiences.”

Delivered in real-time, EnCue also features Darkscreen technology which delivers “glance optimized” information without distracting the viewer or other patrons around them.

The WSO’s first performance using EnCue will be at Rachmaninoff Symphonic Dances October 18-19.

The app is a free download for iOS and Android devices.