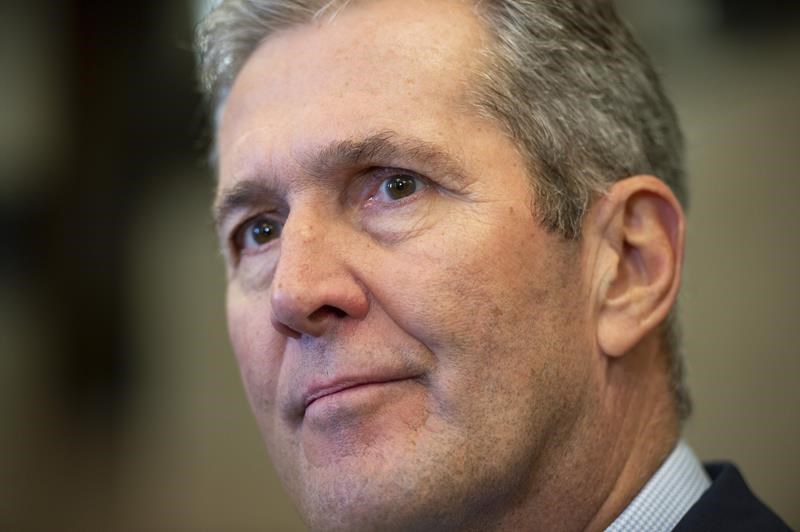 WINNIPEG — Manitoba Premier Brian Pallister stepped up his criticism of Quebec’s secularism law Thursday and said his government may intervene in a future court battle over it.

In his annual state of the province speech to the Winnipeg Chamber of Commerce, Pallister said Quebec’s ban on religious symbols being worn by some civil servants is hurting Canada’s reputation on the international stage.

He told the crowd of about 1,300 that the law must be fought in the same spirit as the way Canadian soldiers fought in world wars.

“When our reputation globally is threatened by such initiatives, we must stand up,” Pallister said.

“And Manitobans always have — at Vimy Ridge, on the beach at Normandy, in the deserts of Afghanistan and, yes, in the legislature and in the House of Commons … we do not stand back when other people’s rights are threatened.”

Court challenges have already been filed in Quebec to try to overturn the ban on religious symbols. The Quebec Court of Appeal rejected a request Thursday by some of the law’s opponents to suspend parts of it until a full court hearing can be held.

After his speech, Pallister said Manitoba will probably seek intervener status if the case ends up in the Supreme Court of Canada, but other premiers will be consulted first.

“It’s very likely, but we’ll wait and see what our partners are doing as we’re trying to co-ordinate efforts in respect of gathering support to oppose this piece of misguided legislation,” he said.

“The state, in the province of Quebec, is suppressing people’s rights,” Kinew said in French.

Pallister has long been a vocal critic of the Quebec law. The Manitoba government took out newspaper and digital advertisements last month to invite Quebec civil servants to move to Manitoba if they are concerned about the Quebec ban.

Quebec Premier Francois Legault has defended the legislation as a legitimate way to ensure secularism in the public sector.

Pallister’s opposition to the law has promoted some speculation that he might leave office to run federally. He ruled that out Thursday, saying he was just re-elected in September and plans to stay on at least until the next election in 2023.

“I plan on completing my term and if the people will have me thereafter, I’m excited to embrace the challenges.”

Pallister spent most of his speech touting his Progressive Conservative government’s actions to control spending and bring down annual deficits.

The province is on track toward a balanced budget in two years, he said, despite some challenges including roughly $1 billion in potential legal costs stemming from a variety of lawsuits filed against the government and public bodies such as Manitoba Hydro.

“There will be bills. Not just legal bills for the conduct of the court case (but) settlements required for many of these cases as well.”

The province faces a lawsuit from the Manitoba Metis Federation over a cancelled benefits agreement regarding hydroelectric development. It is also being sued by the Assembly of Manitoba Chiefs over the former NDP government’s refusal to allow a First Nations casino in Winnipeg.

There are other legal actions as well, Pallister said.

“I shouldn’t probably be referring to specific examples. There are too many.”