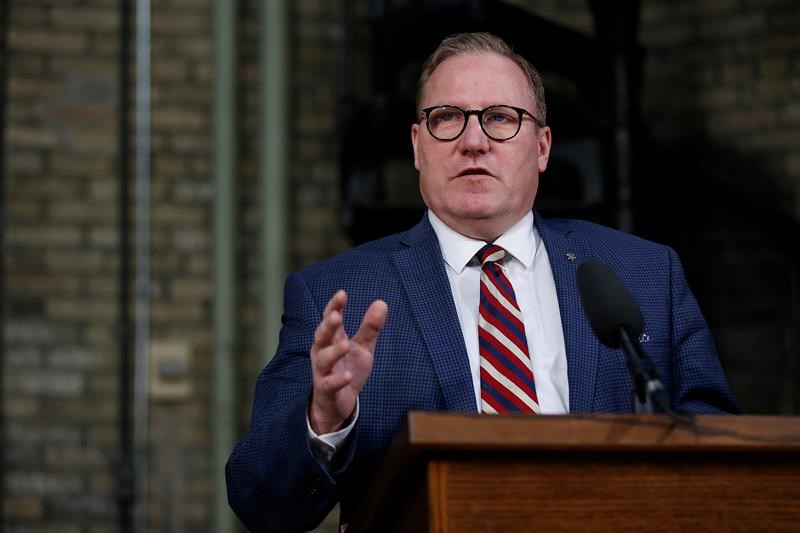 WINNIPEG — The Manitoba government’s deficit is running slightly lower than expected this fiscal year, largely due to reduced construction costs on hospitals, schools and other projects.

Figures released by the Finance Department on Friday show the province is predicting a $350-million deficit for 2019-2020, down $10 million from the original forecast in last spring’s budget.

Finance Minister Scott Fielding said a big factor was construction savings. The new Women’s Hospital in Winnipeg, for example, came in under budget.

“Sometimes when you go out, you’re able to have cost savings, you have an estimate so … it’s money we’re able to invest, obviously, in other areas,” he said.

Some other projects were either finished early or were deferred, Fielding added, meaning less money spent during the current fiscal year.

As for overall department spending, the government said health care is running about $30 million over budget, while most other departments are generally on target or under.

The financial update was much less detailed than in previous years. There was no breakdown for many revenue streams or of individual department spending. Fielding said the September election and October cabinet shuffle made collecting all the required data a challenge.

The new figures show the Progressive Conservative government is on track to balance the budget in the 2022-23 fiscal year as promised in the election, Fielding said. Manitoba has run deficits since 2009, despite tax increases by the former NDP government that included a rise in the provincial sales tax.

Fielding also outlined new scorecards that will be used to measure whether the province is meeting its targets on everything from student literacy rates to recidivism by criminals after they are released from custody.

The scorecards are on a public website and use traffic-signal colours — green, yellow or red — to show whether the government is achieving, close to, or far from its goals.

The Manitoba Government and General Employees’ Union said its members welcome ways to improve public services, but noted the effort comes after some 2,000 positions have been cut in the public sector since the Tories were first elected in 2016.

“This means there are fewer staff delivering services when the demand for public services has never been higher,” union president Michelle Gawronsky said in a written statement.