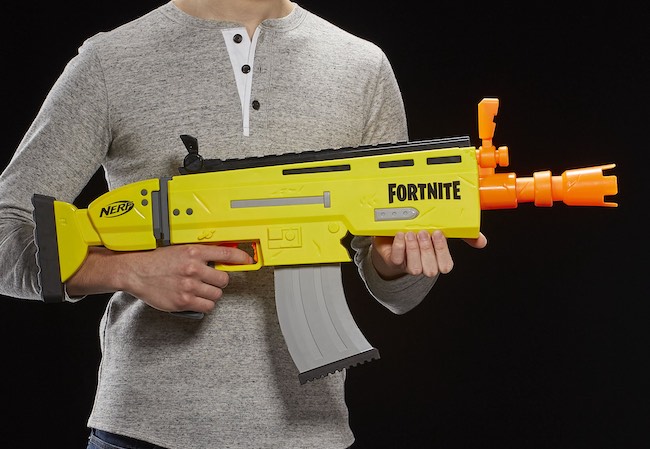 DELTA, B.C. — Police responding to a “gun fight” found four men battling each other with plastic weapons outside a home recently in North Delta, B.C.

Spokeswoman Cris Leykauf of the Delta Police Department says officers arrived to find the men battling each other with Nerf guns, without a clue they were carrying on at 2 a.m.

She says a neighbour called to report that several people were arguing and threatening to shoot each other.

The only injury turned out to be a minor welt for one of the men.

Leykauf says those who weren’t occupants of the home south of Vancouver were sent on their way after the noisy gathering on Dec. 10.

She says the call that could have been big turned out to be small for the department that has the motto No Call Too Small.