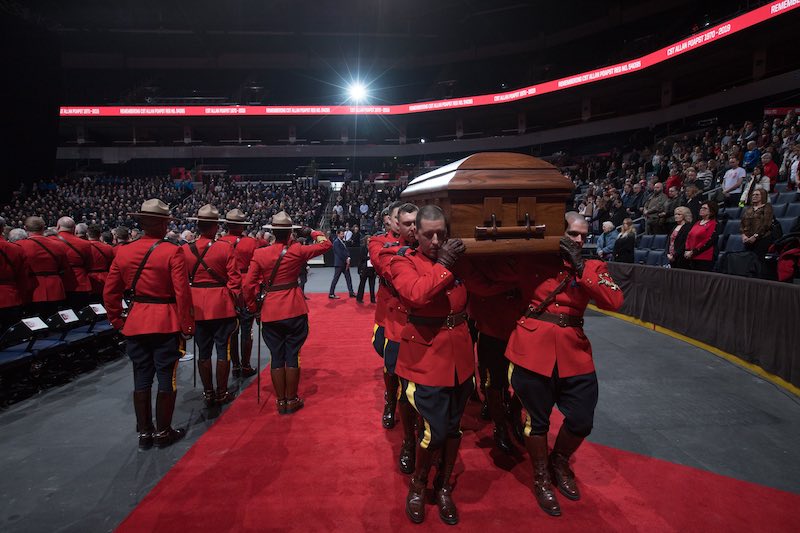 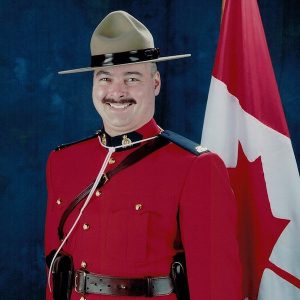 WINNIPEG — An RCMP officer who died in a highway crash was remembered Friday as a fun-loving man with a zest for mischief as well as a deep compassion for friends and family.

Well over 1,000 uniformed police officers, first responders and members of the public sat quietly inside Bell MTS Place, as relatives paid tribute to Const. Allan Poapst. A Canadian flag was draped over Poapst’s coffin, which had been accompanied to the National Hockey League arena by a marching band and hundreds of officers.

Greg Poapst recalled that his brother flew to Calgary last month to watch the Winnipeg Blue Bombers win the Canadian Football League championship, and he managed to smooth-talk his way into a party where people were drinking from the Grey Cup.

“We run down, and of course Allan’s getting flack from the door guy. Without even hesitating, he says, ‘Oh, I’m with the mayor.’ News flash: he wasn’t with the mayor,” Greg Poapst recalled. 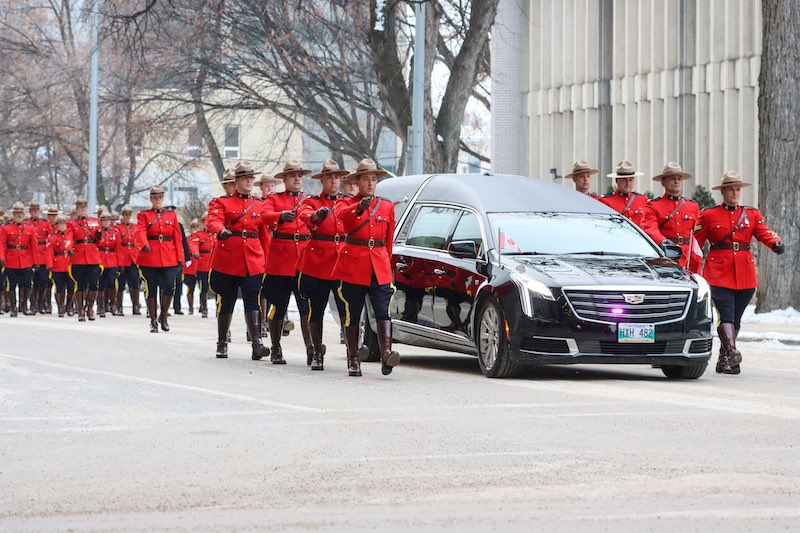 “Fifteen minutes later, we were in the party. We were drinking from our beloved Grey Cup.”

Cole Poapst recalled needing stage lighting for a wedding social. He said his cousin leapt into action without hesitation, as he always did when family was involved, driving a half-hour with some professional-quality lighting he happened to own.

Allan Poapst also got his hands on a fog machine.

“All he wanted was to be a friend when someone needed him. That’s what he gained value from,” Cole Poapst told the service.

Allan Poapst, who served with the RCMP’s court liaison unit, was returning to his office a week ago when a pickup truck heading the other direction crossed a median and collided with Poapst’s vehicle. Police have said road conditions at the time were “atrocious.”

The 49-year-old father of three teenage girls had served with the RCMP for nearly 13 years.

Friend Danny Deleurme, who played recreational hockey with Poapst for more than 25 years, said he attended the service to pay respects to a good family man with a passion for fun.