Firefighters Battle Fire at Apartment Under Construction on Pembina Highway 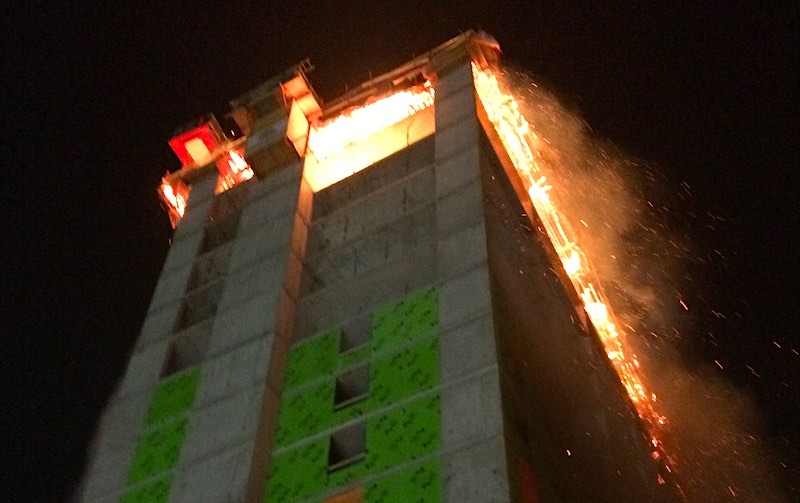 Flames engulf the top floor of The Arc, a 15-storey apartment building under construction on Pembina Highway at Bison Drive. (CHRISD.CA) 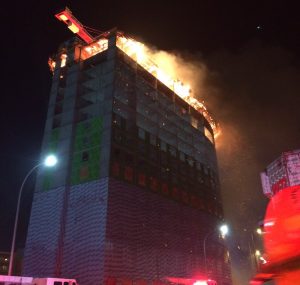 Firefighters were called The Arc at 2525 Pembina Highway at around 12:30 a.m. to find heavy flames and smoke coming from the 15-storey structure.

Crews used aerial ladders and deployed the Winnipeg Fire Paramedic Service drone to monitor the scene from alternative angles. Crews also extinguished smaller fires around the building that ignited as a result of falling debris. 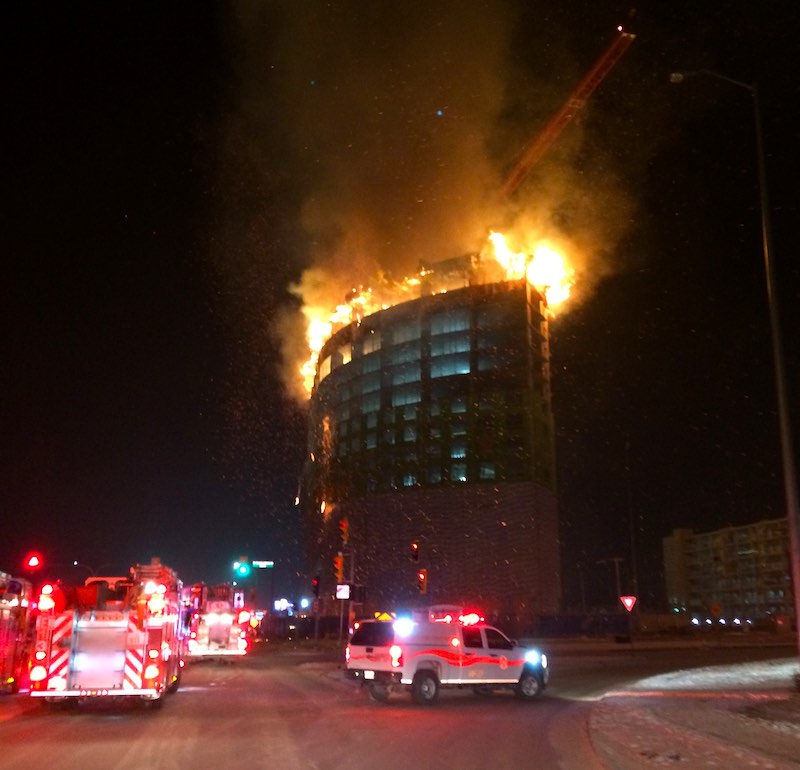 Flames engulf the top floor of The Arc, a 15-storey apartment building under construction on Pembina Highway at Bison Drive. (CHRISD.CA)

Two nearby residential buildings were evacuated as a precaution, but all residents have since returned to their homes. No injuries were reported.

As of 8 a.m., Pembina Highway is closed in both directions from Bison Drive to Dalhousie Drive. The city says drivers in the area should exercise caution as the water used to fight the fire covered the road and has now frozen. 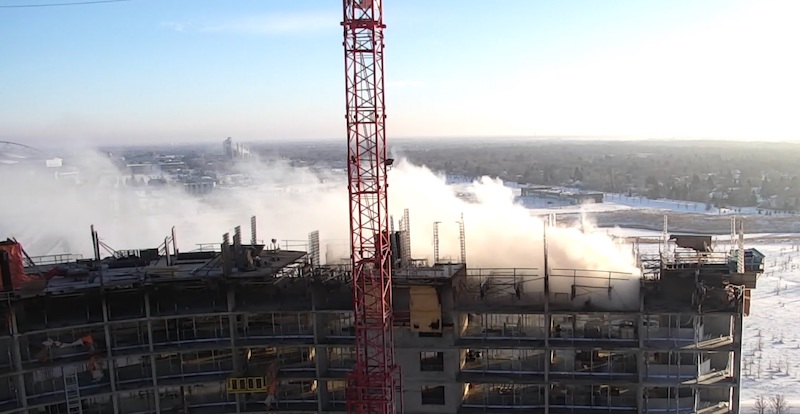 The Arc is billed as the first luxury student housing community in Winnipeg with 570 beds and 8,000 square feet of resident amenity space. According to the apartment’s website, it was scheduled to open in September 2020.

Picture from South side of ongoing 2nd alarm fire in Pembina. pic.twitter.com/Y7qGiPCRm6