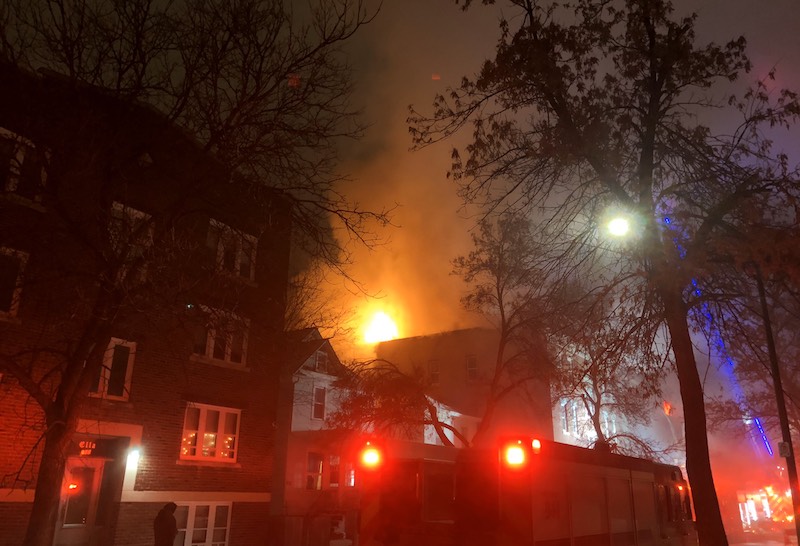 Firefighters tend to a blaze at a two-storey apartment complex in the 500 block of Agnes Street on Thursday, December 26, 2019 (@UFFW867 / TWITTER)

Winnipeg firefighters responded to a blaze at a two-storey apartment complex in the 500 block of Agnes Street early Thursday.

Crews encountered heavy smoke and flames at around 2:21 a.m. and found everybody inside had self-evacuated. One cat was located inside and brought to safety.

A number of people were assessed on scene by paramedics, but didn’t require transport to the hospital. A Winnipeg Transit bus was used to shelter approximately 25 occupants, including those of neighbouring properties, which were also evacuated as a precaution.

Crews are expected to remain on scene throughout the day today.

Sargent Avenue is currently closed between Maryland Street and Toronto Street. Agnes Street is blocked between Sargent Avenue and Ellice Avenue. Traffic will remain closed until crews complete their work on scene.