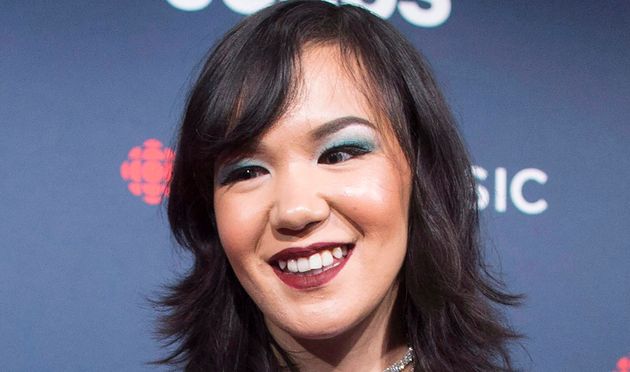 Kelly Fraser is seen on the red carpet at the Juno Awards in Vancouver on March 25, 2018. (THE CANADIAN PRESS / Darryl Dyck)

TORONTO — Inuk singer Kelly Fraser, whose popular YouTube cover of Rihanna helped inspire a Juno-nominated career of songwriting and activism, has died at 26.

The pop musician, who was living in Winnipeg, died earlier this week, according to friends. The cause of her death has not been revealed.

Fraser, who was raised in Sanikiluaq, Nunavut, picked up a guitar at 11 and formed her first band four years later.

Much of her early work involved performing English pop hits in the Inuktitut language. Her viral cover of Rihanna’s “Diamonds” exposed her to many new listeners, leading to her debut album in 2014.

But it was her sophomore release “Sedna” that garnered Fraser wider acclaim, earning her an Indigenous music album nod at the 2018 Juno Awards.

Fraser was also an advocate for music education in Indigenous communities, as the co-founder of Nunavut Hitmakerz, which provides workshops in Inuktitut to underfunded communities.

A GoFundMe campaign to support her siblings was launched at: https://ca.gofundme.com/f/support-for-kelly-frasers-sisters