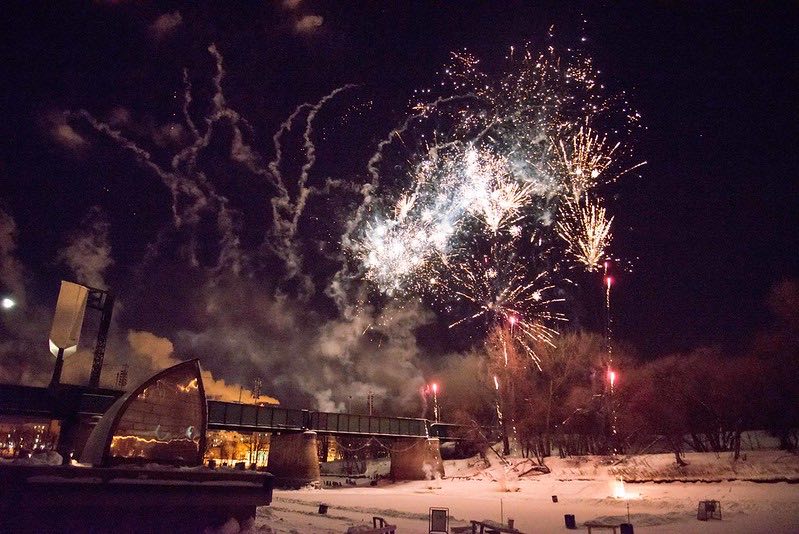 New Year’s Eve fireworks at The Forks will begin at 8 p.m., followed by a bigger fireworks show at midnight. (THE FORKS / FLICKR)

The Forks will ring in 2020 with a blast on New Year’s Eve, celebrating a brand-new decade with plenty of free activities for the entire family.

“2020 is sure to be a significant year as we mark Manitoba’s 150th anniversary — and we’re excited to begin those celebrations on New Year’s Eve at The Forks with an exciting live performance headlined by local singer-songwriter, William Prince (8:15 p.m.),” said Paul Jordan, CEO, The Forks.

Jordan says 2019 was a banner year for The Forks, which welcomed more than 126,000 cyclists, saw the installation of world-renowned artist Ai Weiwei’s Forever Bicycles in CN Field, the extension of The Common outdoors, and the roll-out of a dishwashing program in The Forks Market.

Arctic Glacier Winter Park amenities will be open all day, including Crokicurl, the MB150 Trails, and ball hockey in the Plaza parking lot, with more free activities starting at 4 p.m., including: horse-drawn wagon rides, Indigenous programming in the teepee, art activities by Art City and Synonym Art Consultation, a fun photo booth inside The Forks Market, along with performances by a number of musicians and DJs.

The mini family fireworks show is at 8 p.m. at the Winnipeg sign at CN Stage and Field. The bigger fireworks show will follow at midnight in the Historic Port and near the Canopy Skating Rink.

For a complete schedule of NYE events, visit TheForks.com.