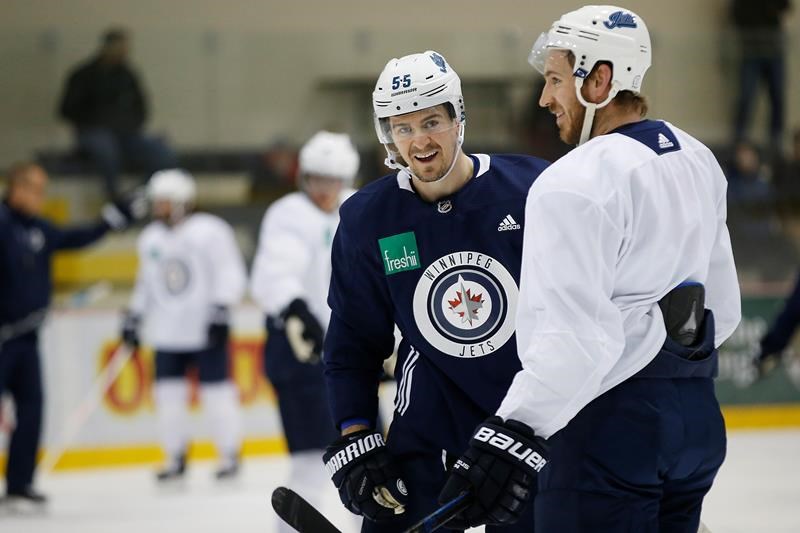 Winnipeg Jets’ Mark Scheifele (55) and Kevin Hayes (12) joke around during practice prior to their first round of NHL playoff action against the St. Louis Blues in Winnipeg, Monday, April 8, 2019. (THE CANADIAN PRESS/John Woods)

Hellebuyck, 26, leads the NHL in shutouts with three and is tied for third in the league for wins (17), and his .923 save percentage is eighth among qualified goaltenders.

Jets forward Patrik Laine is the player available from Winnipeg for the Central Division. Voting for the Last Men In opens Wednesday, January 1, at 11 a.m. CT and closes Friday, January 10, at 10:59 p.m. CT. Fans can vote either at NHL.com/vote or on the NHL App.