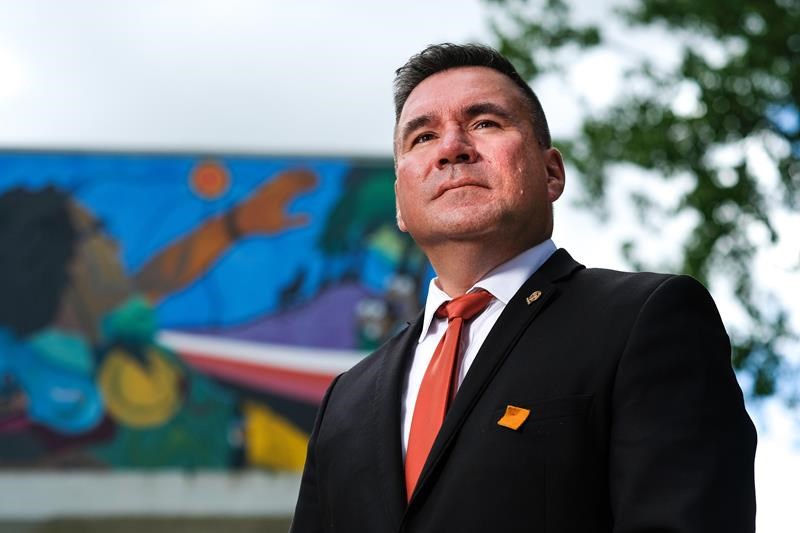 Coming into the job as the new head of the association representing Canada’s lawyers, Brad Regehr, shown in a handout photo, is a bit surprised to see the attention its received. (THE CANADIAN PRESS/HO-Canadian Bar Association-Daniel Crump)

WINNIPEG — Brad Regehr is a bit surprised to see the attention he’s getting over his new job.

The Manitoba lawyer and member of the Peter Ballantyne Cree Nation in Saskatchewan is the first Indigenous person to become president of the Canadian Bar Association.

He says that may have something to do with the spotlight.

“It’s time for the organization to have a little bit more diversity at its top spot,” Regehr told The Canadian Press in an interview Friday during his first week in his new role.

He points out that his predecessor was the first Black lawyer to serve in the position.

Regehr is taking on the job at a time when people across North America are calling out racial injustice through movements such as Indigenous Lives Matter and Black Lives Matter.

One of his priorities, he said, will be continuing to implement the work of the Truth and Reconciliation Commission of Canada.

“My own grandfather went to a residential school in Saskatchewan — that had a big impact on our family,” said the 52-year-old.

“I am a survivor of the ’60s Scoop. Though I always like to qualify that … I think I’m one of the lucky ones who was adopted into a very loving home and am very close to both my biological and adopted families.”

Regehr said healing needs to happen because of the legacy residential schools left with Indigenous people.

“It doesn’t take a whole lot to realize we’ve got some significant challenges in the Canadian legal system, particularly in the criminal justice system and the child-welfare system,” he said.

“More and more court decisions are coming out where they are talking about the impact that the system has on Indigenous people.”

Regehr is a former president of the Manitoba Bar Association and former vice-president with the national bar association. He is a partner at Maurice Law in Winnipeg.

“Indigenous lawyers can bring a perspective … which there’s not enough of that perspective,” he said.

“The role of Indigenous legal traditions needs to be better understood.”

Regehr said another challenge for him in his new job is dealing with the fallout from COVID-19 — navigating online meetings, the toll the pandemic is taking on the well-being of lawyers who may feel isolated, and the overall functioning of the courts.

The health crisis has forced courts to adapt over the last six months and, in some cases, he hopes the changes stick.

“It’s both a challenge for everyone, but I think it’s an opportunity for us to modernize the justice system in a lot of ways.”

— By Stephanie Taylor in Regina