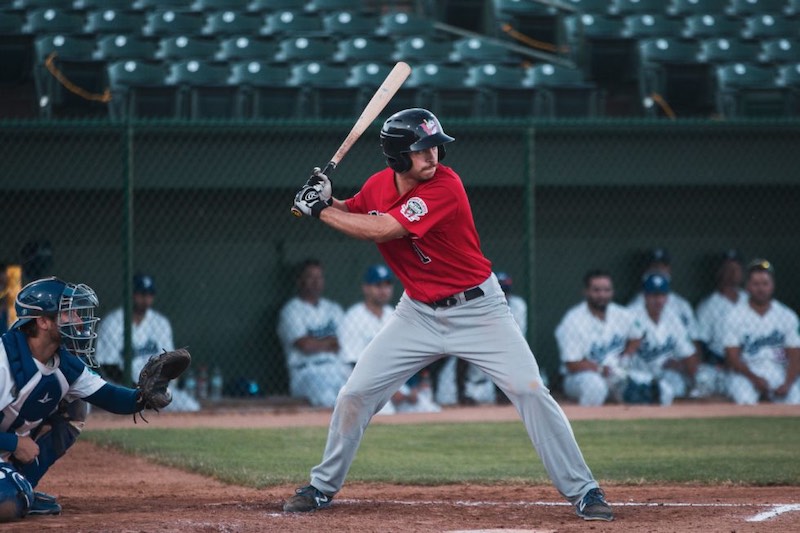 The Goldeyes served as the home team.

Tied at 3-3 in the bottom of the sixth, the Goldeyes rallied for four runs to take the lead for good. Jonathan Moroney and John Nester opened the inning with back-to-back singles. After Wes Darvill beat out a sacrifice attempt to load the bases with no outs, Jordan George drew a four-pitch walk that forced home Moroney with the lead run. Paul Voelker relieved Saints’ starter Matthew Solter, and the Goldeyes took a 6-3 lead when Kevin Lachance lined a two-run single to centre. Breland Almadova sacrificed Lachance and George to second and third. George came home with the Goldeyes’ seventh run when Voelker threw a wild pitch.

Logan Hill led off the bottom of the seventh with a home run to left-centre that extended the Goldeyes’ lead to 8-3. The ball travelled an estimated 484 feet, and struck the CHS Field video board.

Jose Jose and Victor Capellan each pitched a scoreless inning over the eighth and ninth respectively. Kent Hasler (3-2) picked up the win in relief, allowing one earned run over the sixth and seventh.

The Saints (26-29) took a 1-0 lead in the top of the third when Mikey Reynolds led off with a home run to left-centre.

Reynolds singled home Mitch Ghelfi in the top of the fourth to make it 2-0.

The Goldeyes cut the Saints’ lead in half in the bottom of the fourth when Darnell Sweeney blasted an opposite-field, solo shot to left.

With two outs and no one on base in the bottom of the fifth, George walked and stole second. After Lachance walked, Almadova doubled off the wall in right to plate George with the tying run. Lachance then scored on a balk by Solter to make it 3-2.

Drew Stankiewicz briefly tied the game with a solo home run to right with one out in the top of the sixth.

Josh Lucas started for the Goldeyes and took a no-decision, allowing two earned runs on nine hits in five innings. Lucas walked none and struck out four.

For information on Goldeyes’ merchandise and 2021 season tickets, visit goldeyes.com.