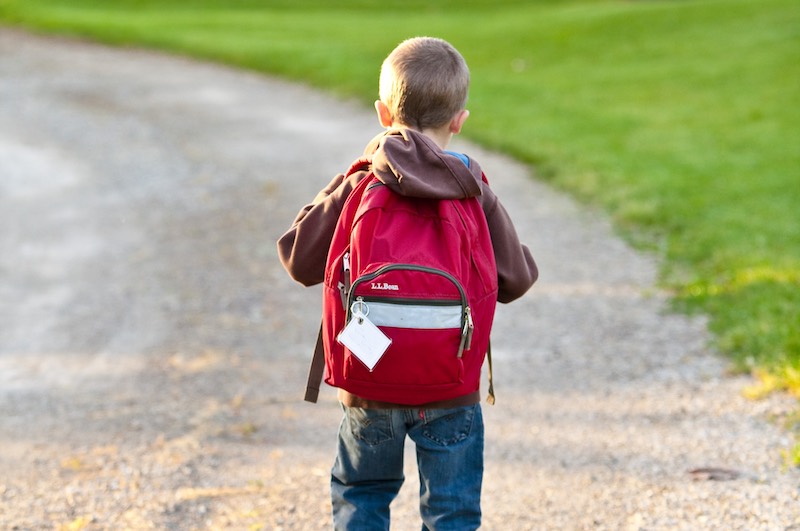 “It’s not perfect, and there’s no way it could be,” Di Nella said when asked about how schools are dealing with the pandemic.

“They can’t address everyone’s concerns … but I think they’re doing what they can do with what they were given by the province and for a very difficult situation.”

Di Nella and his wife have both been working from home since the pandemic began. Doing that while also guiding their girls through remote learning in the spring — when the girls were in grades 4 and 7 — required a lot of juggling. The kids also missed out on social interaction with their classmates, Di Nella said.

Like other Manitoba students, Di Nella’s daughters face a raft of rules and new procedures as schools reopen for the first time since March. Masks are mandatory on school buses. They are also required in Grade 4 to 12 classrooms where physical distancing cannot be maintained.

While elementary students are back in class full time, many high school students are doing part of their learning at home, alternating days of remote learning and in-class instruction in order to free up space for physical distancing.

In some schools, there are staggered lunch breaks and recesses. Some students are being grouped together in cohorts so that they mingle with fewer people throughout the day. And parents are being asked to drive their kids to school, if possible, instead of relying on buses.

The provincial government said it was preparing for COVID-19 to pop up in schools, as it has in other provinces where students returned to class earlier.

“We will find cases of COVID within the schools because schools are part of society and we do have COVID in society,” Education Minister Kelvin Goertzen said.

“I believe that public health and the school officials are going to do a very good job … reacting to those cases, isolating those cases (and) ensuring that they don’t spread more broadly.”

Di Nella said his school division held a town hall to answer parents’ questions. He said he’s comfortable with the back-to-school plan, and may take extra precautions outside school such as reducing the time his children spend with their grandparents.

“We have friends that are worried … and I said, ‘Look, it is what it is, right? We’re trying to make the best of a very difficult situation for everyone.'”

The new school year brought extra challenges in the Winnipeg School Division — one of six English-language divisions in the city — where school bus drivers walked off the job Tuesday morning. Their union said the drivers have been without a collective agreement for more than a year and are facing demands for a two-year wage freeze.

“We have seen no sign from the employer that they are prepared to come back with anything different,” said Bea Bruske, spokesperson for the United Food and Commercial Workers union Local 832.

Manitoba saw a spike in COVID-19 cases in July and August, but the numbers this month have trended downward. Health officials reported 11 new cases Tuesday. With more people having recovered, the number of active cases dropped to 393. The virus has been linked to 16 deaths in the province since the pandemic began.