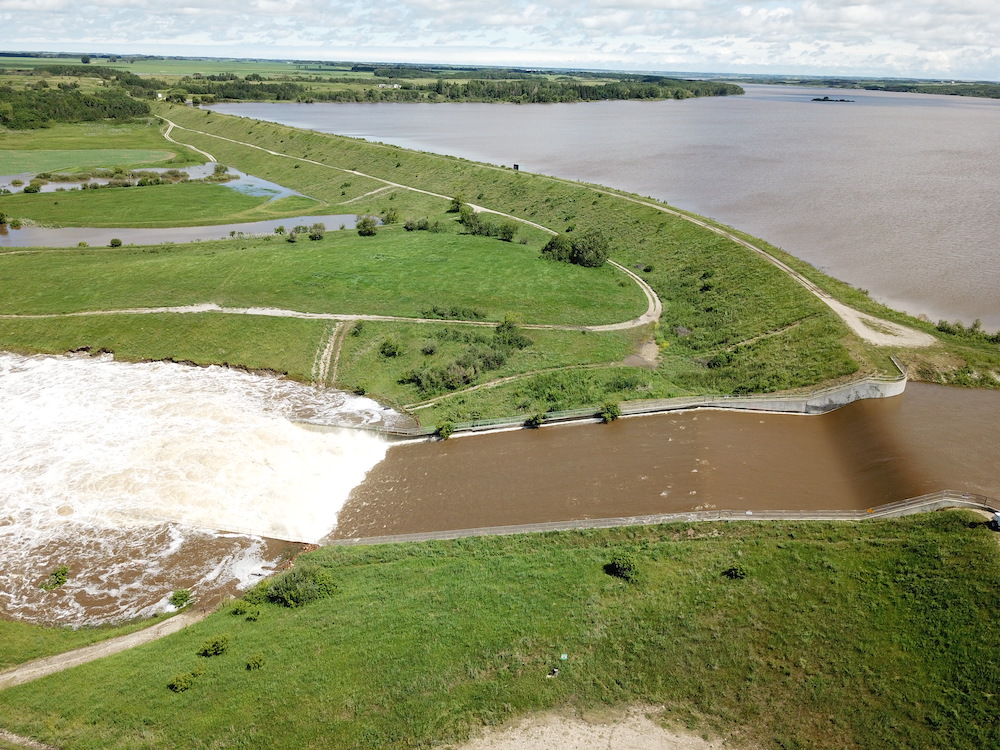 The site of the dam near Rivers at Lake Wahtopanah in July 2020. (MANITOBA GOVERNMENT)

Infrastructure Minister Ron Schuler announced the DFA programs Friday during an announcement on the steps near the river walk at The Forks.

“High water issues started in the spring and the response focused on the Red River Valley,” said Schuler.

“Excessive rain events hit two areas of the province in early June and then again at the end of June into early July, creating overland flooding issues. We are able to provide disaster financial assistance programs for all three.”

The southeast area of the province received heavy rains from June 6 to 10, with some areas recording almost 200 millimetres of rain within three days. Overland flooding was reported in the rural municipalities of De Salaberry, Piney, Reynolds, La Broquerie and Stuartburn, as well as the Municipality of Emerson-Franklin.

A third weather event occurred June 28 to July 5 when heavy rains hammered western and southern Manitoba in a one-in-1,000 year rain event. Minnedosa, Rapid City and Rivers were all affected as the rain-swollen Little Saskatchewan River made its way to the Assiniboine River.

The Portage Diversion was activated from July 2 to 9, to limit water flow in the lower Assiniboine River.

Schuler says preliminary estimates show at least two of the programs will be substantial enough for potential cost-sharing with the federal government through the federal disaster financial assistance arrangements.

The DFA application deadline for local authorities and those in the private sector is December 10.