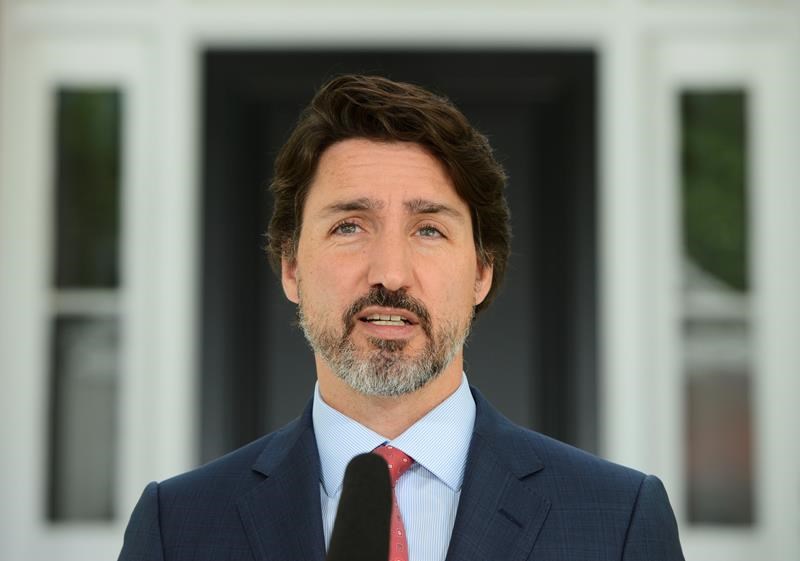 OTTAWA — A guaranteed basic income for all Canadians has emerged as the top policy choice of Liberal MPs, just as the Trudeau government is crafting its plan to help people weather the ongoing COVID-19 pandemic and rebuild the ravaged economy.

The Liberal caucus is calling on the government to adopt the idea in a priority policy resolution for consideration at the party’s upcoming national convention.

And MPs consider it so important that they’ve designated it their top resolution, guaranteeing that it will go directly to the Nov. 12-15 convention for debate and a vote.

It is among more than 50 priority resolutions from the governing party’s provincial and territorial organizations and its various commissions that will be the subject, starting today, of a two-week online discussion among registered Liberals.

Liberal MPs are not alone in urging a guaranteed basic income. The 50 resolutions include numerous calls from all corners of the country pressing the government to adopt the idea in one form or another.

There are also multiple resolutions, including one from the caucus, calling on the government to develop enforceable national standards for long-term care homes — and to provide provinces with the funding needed to meet those standards. Long-term care facilities have borne the brunt of the more than 9,000 COVID-19-related deaths in Canada.

The pressure for an overhaul of Canada’s social safety net comes just as the Liberal government is preparing for a throne speech on Sept. 23 laying out its plan for protecting Canadians during the pandemic, which is heating up again after a bit of a summer lull, and for reviving the economy.

The pandemic has exposed holes in Canada’s social safety net, particularly the employment insurance program that proved incapable of helping the millions of Canadians left abruptly without incomes when businesses were shuttered in March to help curb the spread of the deadly coronavirus that causes COVID-19.

The government hastily introduced the $2,000-per-month Canada Emergency Response Benefit to fill the void, which the caucus resolution calls a “progressive and transformative program” that supported 8.5 million Canadians and proved to be “both effective and popular.”

Advocates had hoped that the CERB would eventually evolve into a permanent guaranteed basic income but the program is now winding down, to be replaced by more generous and flexible employment insurance.

And while some ministers had initially suggested that the CERB could pave the way for a basic income, government insiders now suggest that kind of major reform is not in the cards while the pandemic continues to rage.

However, the caucus resolution argues the pandemic has created “a unique opportunity to rethink the Canada of tomorrow.” It further argues that a guaranteed basic income would simplify benefit applications for Canadians in need and reduce administrative costs for the government, while providing Canadians with income stability that is “key to equality of opportunity, well-being and dignity.”

The convention is slated to take place in Ottawa. The party has yet to decide whether it will be a virtual convention or a hybrid of small in-person sessions with other Liberals participating electronically.

Liberal riding associations and the party’s various commissions, representing seniors, women, youth and Indigenous People, came up with more than 500 proposed resolutions, according to party spokesman Braeden Caley. He says thousands of grassroots Liberals then voted on their top three priorities within each region and commission.

After the two-week discussion period, those resolutions will be whittled down again, through another online vote, to just 30 to be sent on for debate at the convention. Each region and commission, as well as the caucus, has also chosen one top resolution to go directly to the convention.

The resolutions demonstrate some of the conflicting internal pressures on the Liberal government, particularly with respect to its goal of reaching net-zero carbon emissions by 2050.

One from Newfoundland and Labrador calls for “world-leading incentives and benefits” for that province’s offshore oil and gas industry in order to attract “sustainable exploration and production” and fuel the economic recovery.

But a Quebec resolution calls on the government to end support for both the fossil fuel and nuclear components of the energy industry. And a youth commission resolution calls for an economic recovery plan that “promotes investment in the environmental infrastructure projects and divestment from the oil industry.”