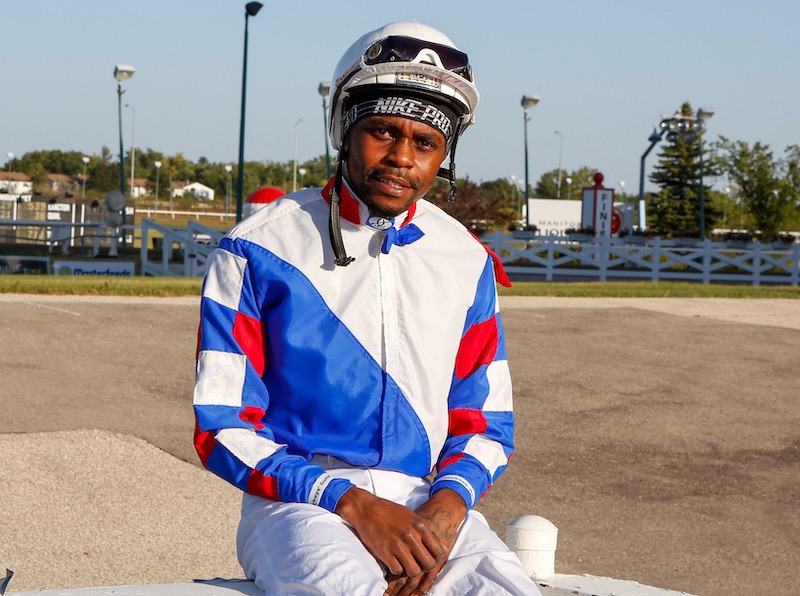 Whitehall, the 26-year-old Barbadian jockey who made it a point to arrive in Winnipeg before the world coronavirus pandemic shut down world travel, has won now 100 races this summer.

On a Monday night when Bells and Whistles claimed the Futurity and could very well be the three-year-old horse to beat in 2021, Whitehall quietly made news in Race 4 when he rode Shelley Brown’s Stevie Mac to a 2 ¼-length victory in a $15,000 Allowance Optional Claiming race.

On Sunday night in Edmonton, Whitehall won Race 6 for trainer Dale Saunders on Chaska. That was his 26th victory of the season at Century Mile, where he’s the track’s third-leading jockey, just one win out of second place.

Then, after flying back to Winnipeg on Monday morning, he went out on Monday night and won a race for cancer-stricken trainer Shelley Brown, to claim his 74th victory of the season at Assiniboia Downs.

Whitehall, who will be crowned the 2020 jockey champion at ASD tonight, is now the leading jockey in Canada this year and, yet, after the Assiniboia Downs meet ends tonight, he’ll still have another 14 nights of racing in Edmonton. In Winnipeg this summer, Whitehall currently has 74 wins, 52 seconds and 52 thirds in a track-leading 293 starts.

Also, on Monday, it was a big night for the morning-line favorite, Kentucky-bred filly Bells and Whistles in the 91st running of the oldest stakes race in Manitoba, the $30,000 Winnipeg Futurity for two-year-olds.

Jockey Richard Mangalee kept Bells and Whistles at the front of the pack for the entire six-furlong sprint, took the lead at the head of the stretch and won with ease to claim the $22,754 first prize for his owners, Dialed in Racing Stable, True North Thoroughbreds and Graham Thoroughbreds; and trainer Craig Smith. He paid $10.60 to win, $4.10 to place and $2.60 to show. After finishing third in the Osiris Stakes on Aug. 26, this was Bells and Whistles’ first win at Assiniboia Downs after moving in from Edmonton in early August.

The eventual post-time favourite at even money, the Manitoba-bred gelding Call the Cops, finished second and paid $2.40 and $2.10. Owned and bred by Dr. Betty Hughes, trained by Elton Dickey and ridden by Antonio Whitehall, Call the Cops has now finished second in both the CTHS Sales Stakes on Aug. 25, in his only start.

Tonight, we say good bye for another season. It’s the final night of racing for 2020 and it features the final Stakes of the year — the $30,000 Buffalo Stakes for two-year-olds featuring four geldings and two fillies. The morning line favourite at 3-5 is no surprise – it’s the undefeated Melisandre.

The first race tonight is the Buffalo Stakes over one mile and it’s off at about 7:35 p.m.

Don’t forget that tonight, the season will finish with a double mandatory payout event. The Jackpot Hi-5 Pool has broken the $50,000 mark already and the Pick 5 Jackpot is now more than $120,000.

“Estimations for the final total of the pools vary widely but the combination could possibly exceed $1 million for this event,” said Downs CEO Darren Dunn.

“We’re really excited to have another opportunity to offer a mandatory event with big jackpots to close out what has been an unprecedented race meet at the Downs.”