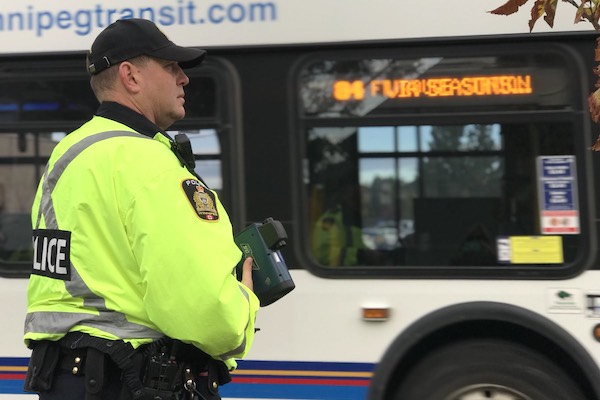 WINNIPEG — Motorists driving through school zones in the province may begin to notice an increased police presence.

Manitoba Public Insurance is partnering with law enforcement for the eighth year throughout the month of September to focus on school zone safety.

Winnipeg police, RCMP and Brandon police will be enhancing their patrols in the mornings and afternoons when pedestrian activity and traffic volumes are heaviest.

“It’s important that drivers observe the speed limits and slow down,” said Satvir Jatana, vice-president, employee and community engagement, MPI. “Reducing the vehicle’s speed could save a life. Slowing down allows the driver to react quicker and reduces braking distance.

“Whether it’s pedestrian traffic or parents dropping off their children, school zones can be very busy. Slowing down can make everyone safer.”

MPI says during last year’s campaign, nearly 600 speeding tickets were handed out. Over the last five years, more than 5,000 provincial offence notices for various infractions, ranging from speeding to use of a hand-held electronic while driving, failure to stop at pedestrian crosswalks and other traffic control devices, have been issued to drivers.

Photo radar speed enforcement in school zones is not a part of the initiative.