Home » News » Charges Laid in Seizure of Drugs, Cash in The Pas

Charges Laid in Seizure of Drugs, Cash in The Pas 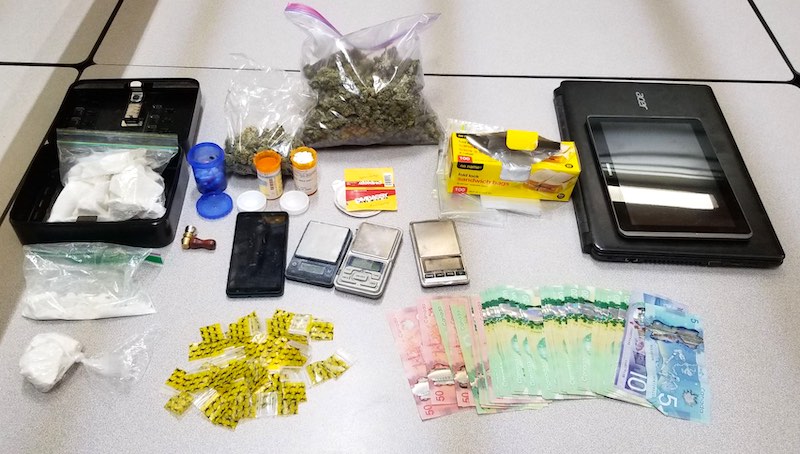 Drugs and cash seized in The Pas. (RCMP HANDOUT)

Two people have been arrested following a raid at two homes in The Pas, which turned up both drugs and cash.

Manitoba RCMP say they executed two separate search warrants on September 9, where officers found $2,000 in Canadian currency, 412 grams of cocaine, 225 grams of marijuana, 327 illicit pills and other drug-related paraphernalia as part of a drug-trafficking investigation.

A 57-year-old man and 40-year-old woman, both from The Pas, were arrested and face several charges. They have since been released to appear in court on November 10.

An arrest warrant has been issued for Joshua Duff, 35, of Winnipeg.