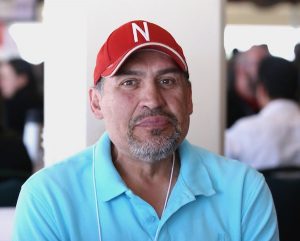 WINNIPEG — On a night when two-year-old Manitoba-bred sensation Melisandre remained undefeated, the final race of the 2020 Assiniboia Downs thoroughbred season came complete with the most fitting of endings.

Jerry Gourneau, the 60-year-old veteran trainer from Turtle Mountain Chippewa Reserve in Belcourt, North Dakota, completed a record-setting season with a victory in the final race of the year at ASD, a $9,000 Claimer. Henry S. Witt Jr.’s Kats Second Silver, ridden by Nirone Austin, gave Gourneau 73 victories on the season, easily the most by a trainer during a 50-day meet.

“Jerry Gourneau concluded what could likely only be called the most dominant training season in the history of Assiniboia Downs,” said Downs CEO Darren Dunn. “The skill he brings to the table, the strength of his team at the barn and the sheer volume and talent of the horseflesh he brought to the oval this year were simply overwhelming to the competition.

Gourneau is a veteran at the Downs and one of the finest trainers’ in ASD history. In fact, he’s been in the horse racing business for almost his entire life. In fact, even while completing his Masters’ Degree in Education, even while spending time as a school administrator and even as an administrator for a major National Science Council Grant in the United States, Gourneau has always kept his hand in the racing industry.

However, in 2009 Gourneau left the education profession to take up training on a full-time basis and for a man who has been working in the equine game for more than 40 years, it’s never been as much fun as it is right now.

Born and raised on the Turtle Mountain Chippewa Reserve, about 170 miles southwest of the International Peace Garden, Gourneau and his family would drive to Winnipeg to watch the horses run and then drive home on the same night – three hours both ways.

“My dad, Larry Gourneau Sr., got together with my older brothers, Dave and Bill, and they bought one horse,” Gourneau explained. “He was named Sima’s Award and we bought it from Assiniboia Downs in 1972 or ’73. My dad bought it to run on the bush tracks in Pheasanton, Towner and Rugby, N.D. Belcourt didn’t even have a track back then.

While going to school, Gourneau soaked up track life. He worked the barns, he groomed, he galloped horses and was even a jockey on the bush tracks. He’d come to Winnipeg after school ended and live in the No. 9 tack room. His first boss at the Downs was an old trainer named Burnell Rhone.

After college, he went on to university to get his Masters’ in Education. He worked his way through school by working for the family racing business, Gourneau Brothers Racing, and by hitting big bets at the Downs. In fact, he bet $100 on a horse called Crime Zone and won $2,750. It paid for more than a semester at school.

After graduating from university, he went on to become a schoolteacher and later, a school administrator. Meanwhile he worked summers in the racing game. In 2009, he decided to go into the thoroughbred industry on a full-time basis and he has been a remarkable success. He won the trainers’ title in 2018 at ASD and is now a two-time champion.

Meanwhile, in the jockey race, Antonio Whitehall, Canada’s leading jockey who led at ASD all season, was officially crowned the 2020 champion on Tuesday night.

“It’s an incredible accomplishment though not that surprising,” said Dunn on Tuesday night. “Antonio has a huge work ethic and such a natural talent in the saddle. He deserves this milestone as he arrived in early March laser-focused on regaining his leading rider title from 2018.”

In the final stakes race of the season, undefeated two-year-old Melisandre capped a perfect 2020 campaign. Melisandre, the full sister of successful four-year-old Hidden Grace, was bred in Russell, Man., by Cam Ziprick at Ziprick Thoroughbreds and Charles Fouillard. She is owned by Barry Arnason, True North Thoroughbreds and Charles Fouillard, trained by Michael Nault, and ridden by Stanley Chadee Jr.

On Tuesday night, Melisandre led from gate to finish to claim the one-mile, $30,000 Buffalo Stakes. She beat the impressive Prairie Magic by 2 ½ lengths to win her fourth race of the season. This gorgeous chestnut filly, by Going Commando out of High Pioneer, by Pioneering won a Maiden Special Weight on July 22, cruised to victory in the 31st running of the Debutante Stakes on Aug. 4 and won the 32nd running of the $35,000 CTHS Sales Stakes on Aug. 25, by two lengths. She is a very special filly.

It was also a record setting season at the Downs’ parimutuel windows in 2020. More people wagered on ASD races via simulcast racing and betting apps than at any time in the track’s history and a decision will have to made as to whether or not the Downs will continue racing on Monday, Tuesday and Wednesday nights (popular with on-line punters around the world) as opposed to its usual Wednesday, Friday and Saturday nights.

We’ll have more on that later.