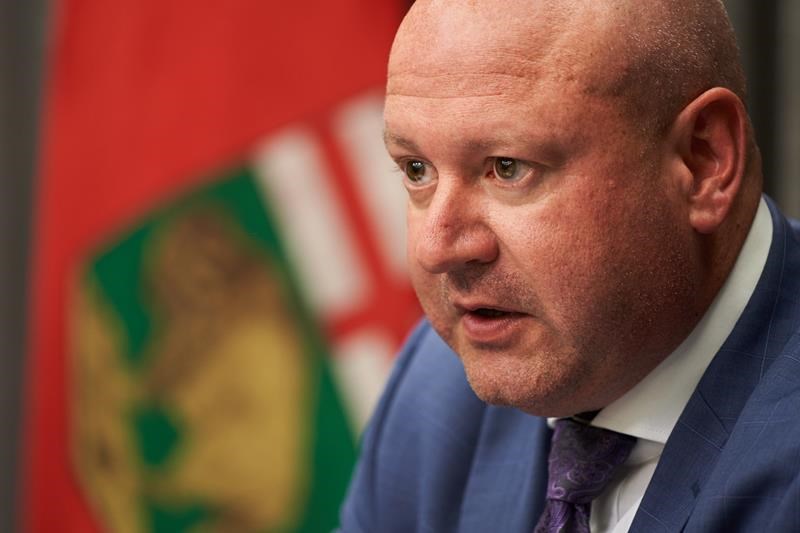 WINNIPEG — The Manitoba government is easing special COVID-19 restrictions in a large section of the western part of the province, where COVID-19 case numbers have dropped after a summer surge.

The province’s chief public health officer said active case numbers in the region have dropped sharply from 240 in the summer to fewer than 40.

“Manitobans in Prairie Mountain health region really stepped up in August, and until now, to really flatten that curve again and bring down those numbers,” Dr. Brent Roussin said Thursday.

The region includes Brandon, where one summer outbreak included dozens of workers at the Maple Leaf Foods processing plant. Health officials found no evidence the novel coronavirus was spreading inside the plant and pointed instead to large gatherings in the community.

In recent weeks, COVID-19 numbers have shifted to Winnipeg. Health officials reported 11 new cases across the province Thursday, eight of which were in the capital. There were 209 active cases in Winnipeg and 84 elsewhere in the province.

The most recent outbreak earlier in the week involved seven cases — a combination of students and staff — at John Pritchard school in northeast Winnipeg. The outbreak prompted the school to move some 250 students to remote learning for two weeks.

Roussin said Thursday new information has confirmed the cases were all connected to one class. That reduces the number of people who might have been close contacts, he added.